What is the IRS Hiding from Churches?

I spent the summer of 2015 in a state of frustration. In the wake of the legalization of same sex marriage and the weekly release of Planned Parenthood videos exposing the sale of fetal body parts, I went to church on Sunday hungry for the comforts of Scripture and desperate for spiritual renewal. But even though I saw the world outside the sanctuary as in a state of bloody, immoral turmoil, I heard nothing in the form of encouragement from the pulpit about these tough issues.

Pastors have been coerced in this country. Many feel muzzled and are convinced that their freedom to speak truth from the pulpit about the moral issues confronting our culture will land them in trouble with the IRS. Much of this fear stems from the Johnson Amendment which was passed in 1954 as a reform to section 501(c)(3) of the federal tax code. This piece of legislation prohibits tax exempt organizations (including churches) from publicly endorsing or participating in political campaigns. Yet that phrase is far from clear. In the last 62 years, the Johnson Amendment has been cloaked in ambiguity and propped up by falsities. The Amendment has mutated under the influence of authoritative misinterpretation. Now, most pastors believe their church’s tax-exempt status is in jeopardy should they dare to address hot button issues like abortion, traditional marriage, or anything deemed too “political” in their sermons.

Alliance Defending Freedom has publicly challenged the Johnson Amendment to better protect the constitutional freedoms of churches.  Our goal is simple: to protect the right of pastors to speak freely from the pulpit on any and all issues and to not fear IRS punishment for what they say to their congregations. After a backroom deal recently between the IRS and Freedom From Religion Foundation, the IRS revealed that it had created new procedures for auditing and investigating churches specifically to enforce compliance with the Johnson Amendment. However, in the time since this announcement, the IRS has not made those procedures public. This is despite the fact that Congress mandated in 1984 in the Church Audit Procedures Act that the IRS follow public procedures when auditing churches.  This was to protect churches from the abuse of power by the IRS—an abuse that we’ve seen recently in IRS treatment of conservative organizations.

ADF utilized the proper channels to request these new church audit procedures by filing a Freedom of Information Act request in 2014. After nearly a year of delays and excuses, the IRS still failed to comply with its legal duty to disclose those new procedures. The absence of transparency and lack of cooperation is nothing short of suspicious. In response to this stonewalling by the IRS, ADF, in partnership with Judicial Watch, filed a lawsuit asking the Court to force the IRS to comply with federal law and make the new church audit procedures public. In the face of legal confrontation, the IRS subsequently agreed to produce documents.

Unfortunately, the IRS continues to be incorrigible. Not only did the IRS completely withhold over 10,000 pages of documents, but among the documents that were produced, many were so heavily redacted they would have done better as entries in an abstract art contest than as useful contributions to discovery. In response to this unabashed disregard for the law, ADF filed a Motion to Compel, asking the IRS to justify each redaction through an extensive and detailed explanation, or to fulfill its legal duty and produce the documents in full.  America’s churches have a right to know how they will be treated by the IRS and to be assured that their free exercise of religion will be protected from abuse of power by government bureaucrats.

At this point, refusal to comply clearly implies that the IRS has something to hide.

Our pastors preach to congregations who are hungry for reassurance, guidance, and truth. They are natural leaders, and they have a responsibility to speak about hard topics. Pastors need to be encouraged to speak freely from the pulpit and not fear repercussions from the government. How can we expect them to lead the church and in turn lead us, if they are constrained and repressed by the culture of fear promulgated by the IRS? 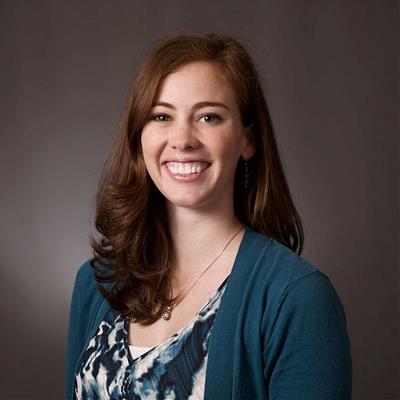 Lauren is a paralegal, wife, mother, and advocate for children, both born and unborn.

Creative Freedom Is More Important Than You May Think

Because of laws regarding sexual orientation and gender identity that have been passed by state and local governments, creative professionals have been asked to choose between their businesses and their conscience.