What is “conscience”? It’s a word we’re all familiar with—a clear conscience, a guilty conscience—even if we can’t pinpoint an exact definition.

The concept pops up in all kinds of places. In Saturday morning cartoons where good guys consult an angel on their right shoulder (conscience) and a devil on their left shoulder (temptation) before making a decision. In literary masterpieces like Crime and Punishment, where the main character suffers from overwhelming guilt after committing a crime. And in popular movies like Star Wars where Darth Vader chooses to do one final good act after a lifetime of evil.

But none of these examples fully capture the full concept. As Americans, we should consider the true meaning of “conscience.” We should also recognize the importance—and privilege—of having the freedom of conscience. America was founded on this freedom. And it’s worth preserving today.

Read on to find out why.

What is freedom of conscience?

Conscience is our God-given ability to discern right from wrong, good from evil. But it’s more than that. For knowing right from wrong wouldn’t do much good if we didn’t (or couldn’t) act on what’s right. So conscience also includes the ability to apply laws, rules, and intuitions in the right way. In other words, to act on what we believe.

Where is freedom of conscience found in the Constitution?

America’s Founders understood the gravity of protecting the freedom of conscience.

This understanding shaped the First Amendment. Although the amendment doesn’t explicitly mention “conscience,” it protects its animating features: religious freedom and free speech. The First Amendment says, “Congress shall make no law respecting an establishment of religion, or prohibiting the free exercise thereof; or abridging the freedom of speech, or of the press.”

Why is freedom of conscience important?

These 26 words protect the freedom of conscience—the freedom to believe without coercion and to speak and act consistently with those beliefs.

That freedom begins internally: the government cannot force us to act contrary to our beliefs, believe what we otherwise wouldn’t, or to say things to which we object. So we have the freedom to think, reason, speak, stay silent about, and hold certain beliefs without fearing government punishment. That protects our private conscience.

But our internal beliefs often move us to act publicly. So the First Amendment also protects our public witness. We can put our faith in action by serving others. We can try to persuade others of our views by publicly expressing them. And we can join communities of people—like churches, nonprofits, and other associations—that share our beliefs.

The First Amendment also protects the freedom to act in several ways. Religious freedom ensures a private sphere within which religious bodies may govern themselves and instruct their congregants according to their own beliefs.

That freedom preserves the integrity of those beliefs for future generations. And the freedom of speech recognizes that voices are often louder when expressed together. So we can join with like-minded people to amplify the messages and values we want to promote.

It may be easy to take these freedoms for granted. But not every country has them. Consider France, a country that generally discourages acts and symbols of faith in the public sphere. There, for example, Muslim girls cannot wear religious head coverings in school, but other girls can wear head scarfs for fashion. In America, that’s religious discrimination.

The freedom to act on our beliefs is important because community standards—or lack thereof—reflect individuals’ conscience. The more we train our conscience to do what is right, the better off we will be. But we lose our ability to discern right from wrong the more we consistently ignore our conscience.

The freedom of conscience has also benefitted America’s common good. Because of this freedom, religious organizations have founded and currently operate countless hospitals, homeless shelters, adoption agencies, community centers, and other public services. Pastors have condemned social ills like racism and violence. And religious people are more likely to volunteer their time and contribute their money to all sorts of charitable causes (religious and secular alike).

What are some court cases dealing with freedom of conscience?

The freedom of conscience is worth preserving. Several court cases seek to do (and have done) just that. Consider three contexts:

1. The freedom of artists to speak according to their beliefs

2. The freedom of medical providers to decline to provide medical procedures that violate their conscience

3. The freedom of faith-based public-service ministries to operate in line with their religious purpose

Freedom of conscience for creative professionals

For almost eighty years, the Supreme Court has recognized that compelling someone to speak a message they disagree with is unconstitutional. Even so, today, artists are being threatened for refusing to convey ideas that violate their beliefs.

For example, Alliance Defending Freedom is currently representing graphic designer Lorie Smith at the United States Supreme Court in 303 Creative v. Elenis. Lorie runs 303 Creative, a website design studio. She creates beautiful digital designs to promote messages she’s passionate about and wants to expand to include custom websites that celebrate marriages between one man and one woman.

But Lorie lives in Colorado. And Colorado has a law that requires her to create websites promoting messages that contradict her beliefs about marriage. Unwilling to violate the law or her conscience, Lorie challenged the law to protect the cherished freedom to speak consistently with her religious views on marriage.

Sound familiar? It should. Jack Phillips of Masterpiece Cakeshop has been sued three times for declining to create custom cakes that promote ideas about human sexuality that go against Jack’s religious beliefs on those topics. Elsewhere across the country, artists as diverse as florists and custom print shops have been forced to choose between their faith and their craft.

But fortunately, the First Amendment makes that choice a false dichotomy. Following the First Amendment, courts have protected the freedoms of filmmakers, calligraphers, and a photographer to create artwork proclaiming their views on marriage. Another court likewise ensured that a Christian philosophy professor could talk about gender identity consistent with his belief about the immutability of sex.

That’s how it should be. Every American has the right to speak freely. That’s why Lorie has found support from a diverse group of artists—from world-renowned graphic designers, to a Christian tattoo artist, to a Muslim wedding photographer, to a cake artist who holds different views about marriage.

Freedom of conscience for health-care professionals

Beyond speech, the freedom of conscience is imperative in the medical field. Since ancient times, physicians have sworn to “do no harm” to their patients. Fast forward to present day, and professional medical ethics acknowledge the rights of professionals to decline to provide medical treatment that violates their conscience.

In Christian Healthcare Centers v. Nessel, for example, ADF represents a Michigan faith-based medical nonprofit organization that provides high-quality health care to all and offers substantially reduced prices for patients with lower incomes. But a Michigan law requires Christian Healthcare to prescribe cross-sex hormones to facilitate efforts to alter a patient’s biological sex. Doing so violates the ministry’s religious beliefs and undermines its ability to provide safe health care to its community. So the ministry challenged the law to safeguard its freedom to operate consistent with its beliefs.

Freedom of conscience for faith-based ministries

The freedom of conscience allows faith-based ministries to provide other public services to care for the most vulnerable among us. For example, ADF has twice defended Downtown Hope Center, a Christian nonprofit organization in Anchorage, Alaska. The Hope Center offers meals, job training, and clothing for homeless men and women and serves as an overnight shelter for women—many of whom are trying to escape from abusive situations and even from sex trafficking.

And ADF is currently representing New Hope Family Services in New York. For almost sixty years, New Hope has helped to place more than 1,000 children into loving adoptive homes throughout the state. It does so because of its religious conviction that Christians are called to look after the needy—especially children. A court recently protected New Hope’s ability to continue to care for these children and their families according to its religious beliefs.

These ministries provide critical services to their communities. And they do so because of their religious beliefs. This is a common feature of American history. And this history is possible because of the freedom of conscience. In that way, protecting the ability of these ministries to live of their faith ensures that other religious organizations can do the same while contributing to the common good.

In the end, this freedom recognizes the inherent dignity of each person as created in God’s image and endowed with the God-given capacity to make moral judgments. We all benefit from that freedom. 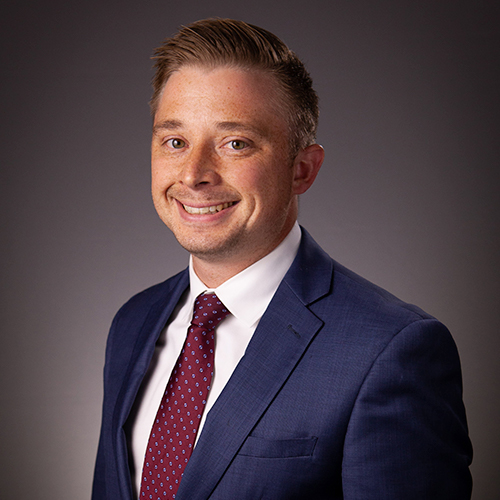 Bryan Neihart
Legal Counsel
Bryan Neihart serves as legal counsel with Alliance Defending Freedom, where he is a member of the Center for Conscience Initiatives.
View Profile