Thank you! The first chapter of Facing the Fire is on the way to your email inbox now.

I never imagined that my Christian faith—which inspired my career as a firefighter—would be used against me to end my career.

When I was the Fire Chief of Atlanta, I wrote a devotional book for a Christian men’s Bible study. I wrote it on my own time and published it on my own dime.

But some people didn’t like what it said about biblical sexuality or marriage. For expressing views that Christians and other people of faith have held for thousands of years, I was suspended without pay, scheduled to complete sensitivity training, and investigated for any past discrimination.

No wrongdoing was found. I was fired anyway.

And, unfortunately, I’m not the only one. There’s a growing number of people today who are being forced to choose between their convictions or their livelihood.

That’s not what America is supposed to be about.

And that’s why it’s so important to defend religious freedom. You can do that today by giving a gift to Alliance Defending Freedom.

ADF is an alliance-building, nonprofit legal organization that advocates for the right of people—like you and me—to freely live out their faith. The ministry was launched in 1994 by 35 Christian leaders, including Dr. James Dobson, Dr. D. James Kennedy, and Dr. Bill Bright.

Through the blessing of God, ADF has grown from their prayers to become a major force in the legal battle for religious freedom and other First Amendment issues. ADF wins nearly 80% of the time. And they’ve won 13 victories at the U.S. Supreme Court since 2011.

ADF stood by me. And we won.

But my case is a reminder that our freedoms always hang by a thread—and that thread can snap if we don’t defend them. 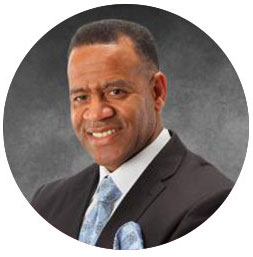