You may have missed the story, given that it received so little media coverage (sarcasm intended), but apparently Prince William and Duchess Kate gave birth to a bouncing baby boy. The new prince, named George Alexander Louis Henry John Richard James IVXIIV (I may have missed a few Roman numerals at the end), is doing well, and the birth of a new life is undoubtedly a cause for celebration.

But apparently, some are taking issue with the Royal Family’s tenacity to identify their child as a boy and give him a boy’s name. People across the globe have taken to Twitter to decry William and Kate’s move to deny their child the right to determine his/her/its own “gender identity.”

From such luminaries as Money$ha K: “Ummm so about that royal baby, they shouldn’t declare its gender so quickly! I kinda want them to raise it in such a way that it can choose.”

And fromLÖLLÖTILÖRTS : “Isn’t it a bit too early to impose gender roles to it already?”

And my personal favorite, from Little Dove: “The royal baby is not a boy, because ze is not yet old enough to choose zir own gender.”

For those of you not in the know, “ze” and “zir” are allegedly “gender neutral” pronouns that LGBT activist encourage parents to use in lieu of “he” and “she” until the child is old enough determine its own “gender identity.”

Sadly, this trend of parents letting—a child determine its own gender, rather than conforming to its God-given gender—is becoming more and more common. Just a few years ago, a school district in Georgia faced a crisis when the parents of a 7-year old girl who one day decided she was a “boy” demanded that their “son” be allowed to use the boys’ restroom.

At what point did we as a society abandon the idea that good parents train and direct the upbringing of their child? Who in their right mind thinks that a child is equipped to decide its “gender identity”? I have a 3 year old son. If left to his own concept of right and wrong, he would eat nothing but hot dogs and M&Ms and would spend all day picking on his younger sister. But as his parents, my wife and I know that we must train him to eat a variety of foods, to play nicely with his sister, and yes, even to embrace his role and responsibilities as a male.

Yet, these God-ordained rights to train our children in the way they should go (Proverbs 22:6) are under attack. Groups like GLSEN are infiltrating schools to expose kids to curriculum that promotes homosexuality and contradicts the biblical teaching they receive at home. These groups know that if they can push their ideology on your child while he or she (not “ze”) is at school, where they spend over half of their day, they can undermine the training you instill at home.

In both the classroom and the courtroom, Christians must take a stand for parental rights and oppose those who seek to let anyone other than mommy and daddy decide what is best for their child. Because if we don’t, the day may come when there is no place to check “boy” or “girl” on a child’s birth certificate. Instead, it’s been replaced with “To Be Determined.” 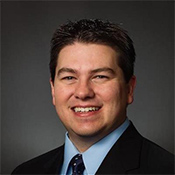