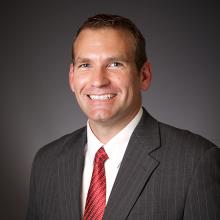 Before joining ADF, Larcomb spent 17 years in public service, most recently serving as an Assistant Chief Counsel for Immigration and Customs Enforcement for nearly 10 years. Prior to that, Larcomb worked for Office of the Attorney General of Virginia prosecuting computer crime and child exploitation cases and arguing criminal appeals before the Court of Appeals of Virginia and the Supreme Court of Virginia. He also served as an active duty officer in the U.S. Army Judge Advocate General’s Corps from 2000-2006 and currently holds the rank of Lieutenant Colonel as a JAG officer in the Air National Guard.