In December, the U.S. Supreme Court heard oral arguments in Dobbs v. Jackson Women’s Health Organization. The case poses the first direct challenge in decades to Roe v. Wade, the infamous 1973 case in which the Supreme Court legalized abortion nationwide. Since that disastrous decision, more than 60 million unborn children have been killed by the brutal practice of abortion . For some perspective, that’s roughly equivalent to the current population of California and New York combined.

So, how did this amount of brutality and death become commonplace in the United States? And how could such a poorly decided case stand for so long? That’s the topic of our latest Freedom Matters video.

As the video mentions, the Supreme Court has created certain standards or tests to judge laws regulating abortion. Through Dobbs, the Court is being asked to reconsider some of those standards. For instance, it is considering the relevance of viability in abortion policy. Viability is the point at which a baby can survive outside the womb. Viability was originally part of the calculus manufactured by the Supreme Court in Roe to determine the parameters of when an abortion could take place – though the Supreme Court ultimately landed on a trimester test in Roe, with different rules for each trimester of pregnancy, rather than using viability. Twenty years later, the Supreme Court in Planned Parenthood v. Casey reaffirmed the right to abortion it discovered in Roe, discarded the trimester test, and latched onto viability as the standard for abortion policy instead. At the time of the Roe ruling, viability was widely considered to be between 24 and 28 weeks’ gestation.

But fast-forward to today, almost 50 years since the Roe decision, where we have learned much more about life inside the womb. Thanks to huge advances in prenatal medicine and technology, viability is now considered to be between 21 and 22 weeks’ gestation. But life in the womb is remarkably well developed long before that point. By 15 weeks’ gestation, unborn babies have a heartbeat, can move around and kick, sense and respond to stimuli, taste what their mom eats, open and close their fingers, and hiccup. Some states want their laws to reflect these realities, but Roe, and other legal precedents spawned from it, lock them in to an outmoded standard over which they have no control. The Court’s ruling in Dobbs could dramatically change that and hopefully create a new paradigm that helps protect unborn children at earlier stages of life.

The Freedom Matters video also points out another standard created by the Court: the “undue burden” standard. This gauges whether a government restriction on abortion before viability is too burdensome on women seeking an abortion. If it is, the restriction is determined to be an undue burden and deemed unconstitutional.

But how does one define an undue burden? The Court hasn’t made that especially clear. Instead, the Court defined one unclear standard with more ambiguous words: the government cannot “place a substantial obstacle in the path of a woman seeking an abortion before the fetus attains viability.” But what is a “substantial obstacle,” and what is not? In the context of abortion, the vagueness of this standard has caused a lot of confusion since the Court adopted it in Planned Parenthood v. Casey in 1992. The standard isn’t based on neutral principles of the law—in fact, it exists nowhere else in any area of law or jurisprudence. Instead, it relies heavily on subjectivity, making it almost impossible for courts to interpret and apply in a way that is consistent or workable. As a result, reliance on this shaky standard has contributed to the convoluted and incoherent policies we have regarding abortion today.

The other tragedy of Roe v. Wade

We can plainly see the carnage of Roe. Its legacy is one of untold amounts of death and suffering. The lives of over 60 million humans, made in God’s image, have been cut short. But Roe also did something else: it stymied the democratic process and took away Americans’ ability to determine how best to settle an extremely controversial issue. In 1973, the majority on the Court believed that interjecting itself in the issue of abortion would settle the matter. History clearly shows us that the exact opposite happened. The video points this out and highlights how people with divergent political and legal views seem to agree on one thing: Roe was poorly decided.

A chance to change course

Dobbs gives the Court a chance to correct its course on abortion jurisprudence. If the Court rules to overturn Roe and Casey, the authority to determine abortion policy will be given back to the states, where it should have been all along. This would empower states to protect unborn children and begin to undo the damage done by nearly five decades of deadly legal precedent. 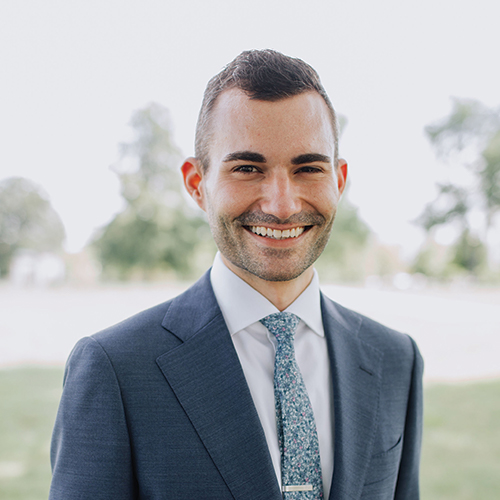