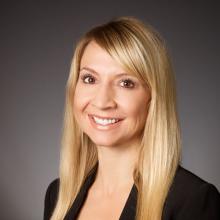 Denise Harle serves as senior counsel with Alliance Defending Freedom, where she is a member of the Center for Life. In this role, Harle focuses her litigation efforts on defending the First Amendment freedoms of pro-life health care professionals and pregnancy resource centers. She also works to defend pro-life legislation around the nation. Since joining ADF, Harle took the primary role in drafting the briefs to the U.S. Supreme Court in NIFLA v. Becerra, resulting in a free speech victory for California pro-life pregnancy centers.

From 2015 to 2017, prior to joining ADF, Harle served as deputy solicitor general in the Office of the Florida Attorney General, where she drafted appellate briefs and presented oral arguments on behalf of the state in a wide variety of constitutional cases. In that position, she frequently took a lead role in handling case strategy, briefing, and argument—advancing the office’s high-profile initiatives. Additionally, in 2017, Harle participated in the prestigious Supreme Court Fellow program, sponsored by the National Association of Attorneys General.

After clerking for Florida Supreme Court Justice Ricky L. Polston, Harle joined the law firm of Greenberg Traurig, where she worked as an associate in the litigation and appellate practice groups and advised and represented clients on high-stakes matters raising questions of constitutional law and statutory interpretation. Harle earned bachelor’s degrees, summa cum laude, in psychology and interdisciplinary social science from Florida State University. She subsequently acquired a master’s degree in political science from Stanford University, followed by a Juris Doctor at Duke University School of Law. At Duke, she served as the executive editor of Law & Contemporary Problems, the law school’s oldest journal. A member of the state bars of California, Florida, and Georgia, she is admitted to multiple federal district and appellate courts.