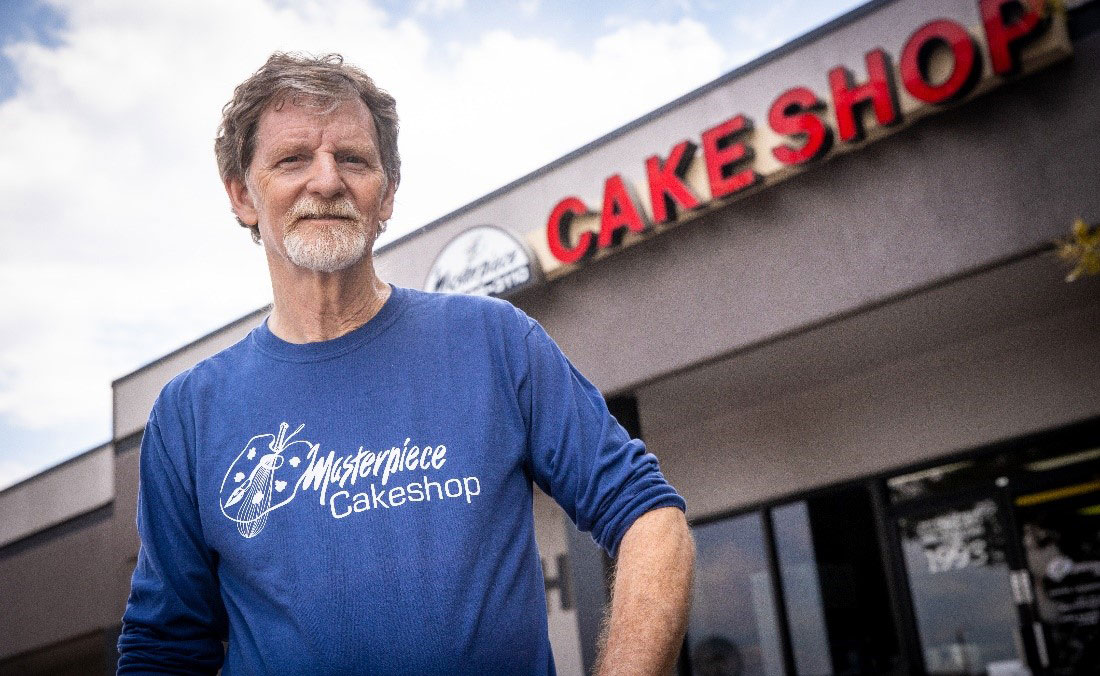 Despite winning at the Supreme Court, cake artist Jack Phillips is still being harassed by activists. Your valuable support helps protect him! Click here to donate now.

Jack belongs at the counter of Masterpiece Cakeshop, creating beautiful, one-of-a-kind cakes for his customers.

Instead, he has spent over 8 years in court—pulled away from his work while defending his freedom to live according to his faith.

During this time, Jack has lost business and employees, and he’s received hateful phone calls, letters, and even death threats for years.

After two wins—including one at the U.S. Supreme Court—you would think that activists would leave Jack alone.

But activists still pursue Jack, and your help is needed!

Who is Jack Phillips?

Jack is the Colorado cake artist who was at the center of a critical U.S. Supreme Court decision in 2018 after being targeted by his own state government.

The Colorado Civil Rights Commission took legal action against Jack Phillips because of his Christian faith, while allowing other Colorado cake artists to decline requests that expressed messages they considered objectionable.

Two men asked Jack to create a custom cake celebrating a same-sex wedding. Jack explained that he would be happy to design a cake for them for a different event, or sell them anything else in his shop. But he cannot create cakes expressing messages or celebrating events that conflict with his deeply held religious beliefs. Still, the men filed a complaint, and the State of Colorado tried to punish Jack for living in accordance with his faith. One member of the Colorado Civil Rights Commission even called Jack’s religious-liberty defense “a despicable piece of rhetoric” and compared his plea for religious freedom to the defenses used to justify the Holocaust.

Hostility toward Jack’s faith was so obvious that the United States Supreme Court rebuked the commission. In a 7-2 decision, the high court condemned Colorado’s “clear and impermissible hostility toward [Jack’s] sincere religious beliefs.” The Colorado government should have learned its lesson then. But sadly, it didn’t.

Although Jack won this important victory at the Supreme Court, the State of Colorado didn’t get the message. They targeted him again!

Jack filed a federal lawsuit against the state to stop the prosecution in March 2019, and the State of Colorado threw in the towel after new evidence of the Commission’s hostility against Jack and his faith surfaced.

That should have been the end of it. But now, Jack is facing another legal battle, and once again needs an ally who will stand with him. He needs you.

Already, a generous family has answered the call and provided a $500,000 challenge grant to help defend people like Jack. Will you give today to further the impact for freedom during this very critical time?