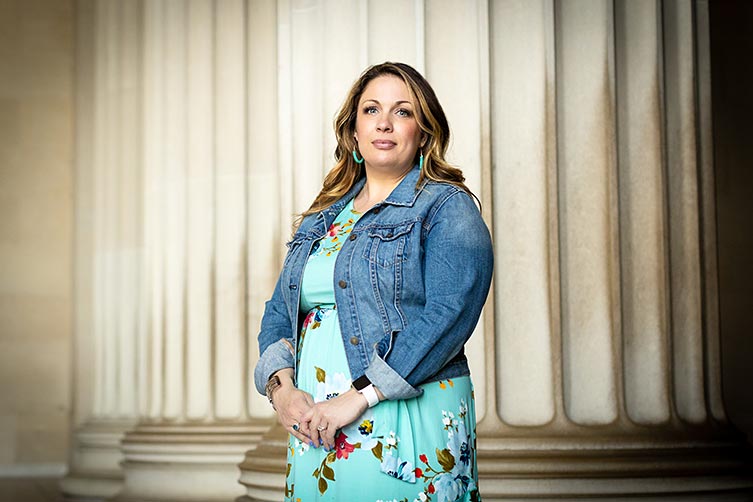 Lorie Smith Stands for Free Speech at the U.S. Supreme Court
The U.S. Supreme Court heard Lorie's case on December 5! Please pray for Lorie and free speech to prevail. And make a gift right now to fuel her defense and other critical cases impacting your freedoms nationwide.

Can the government force a Democratic speechwriter to write speeches promoting the Republican Party? Or force an atheist to sing at a church’s Easter service?

The answer is a resounding no. Of course not. The government cannot force Americans to promote views they disagree with.

But that’s exactly what is happening to graphic artist Lorie Smith, owner of 303 Creative near Denver, Colorado. Her state passed a law that requires her to create messages that violate her core beliefs—beliefs inspired by her faith that animate her very creativity.

And a lower federal court upheld that compulsion, jeopardizing the freedoms of all Americans.

That’s why Lorie and Alliance Defending Freedom took her case to the U.S. Supreme Court.

Get to know Lorie Smith of 303 Creative

But something was missing: freedom.

Lorie wanted to use her talents to promote messages she was passionate about—for small businesses, churches, and nonprofits, among others. That’s why she started 303 Creative, named for the “303” metro area code of Denver. Lorie’s a Colorado native.

Lorie designs websites and graphics for all people. She pours her heart, imagination, and talents into her creations. She also spends one-on-one time with her clients, getting to know them so that she can create the absolute best web designs for them. That’s a perk of working with Lorie that a large firm can’t offer in the same way.

“When my clients come to 303 Creative, what they can expect is someone who cares and has a passion for their business as well,” Lorie says

“Each and every one of my [designs] is a reflection of me.”

Lorie’s also a Christian who will create web designs for anyone, but she can’t create all messages. She simply can’t use her design skills to express messages that violate her faith.

Lorie believes that marriage is the union of one man and woman. And she wanted to start designing wedding websites to convey the beauty of marriage, consistent with her faith’s teachings.

And that’s when she learned about Colorado’s speech-stifling law. 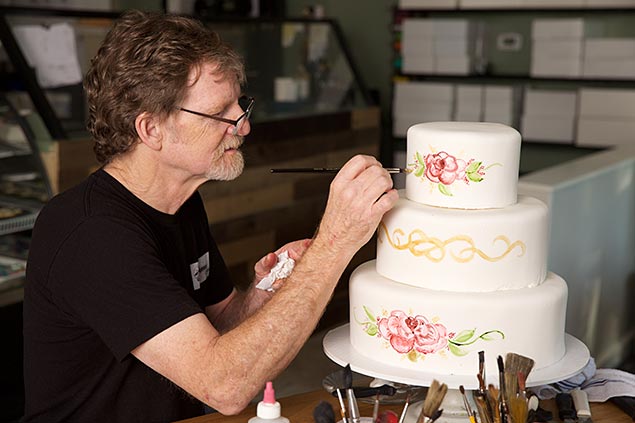 Colorado’s law would punish Lorie based on her viewpoint. It’s a viewpoint based on Scripture and held by millions of Americans and billions of people worldwide.

While most Americans haven’t heard of Lorie, many have heard of her fellow Colorado native and ADF client, Jack Phillips.

The Colorado law that threatens Lorie’s liberty—the Colorado Anti-Discrimination Act—is the same one that has been used to harass Jack, a cake artist, for a decade.

Jack was targeted by the law for declining to create a custom cake celebrating an event that went against his religious convictions. The Colorado Civil Rights Commission tried to punish Jack because of his Christian faith. While the commissioners allowed three other cake artists to decline cakes expressing messages that offended their secular beliefs, they denied this same freedom to Jack. Some members of the commission even made hostile statements against Jack, calling his religious-liberty defense “a despicable piece of rhetoric” and compared that defense to ones used to justify the Holocaust and American slavery.

ADF defended Jack all the way to the U.S. Supreme Court, which condemned Colorado’s “clear and impermissible hostility toward [Jack’s] sincere religious beliefs” in a 7-2 decision in 2018. But because the free-exercise violation was so clear, the Court didn’t address the issue of free speech in Jack’s case.

So, even after that great victory, Jack has continued to be harassed. Right now, he’s still facing another legal battle from an activist attorney.

And it’s that same law that continues to threaten Lorie’s work as a graphic artist.

The State reads its law as even banning Lorie from explaining on her business’s own website what designs she can create consistent with her religious beliefs. But she should be free and empowered to live out her calling. If we want entrepreneurs like Lorie to pursue their dreams, the government must respect their freedom.

Unfortunately, so far courts have declined to protect Lorie’s rights—including an unprecedented decision against Lorie from the U.S. Court of Appeals for the 10th Circuit. 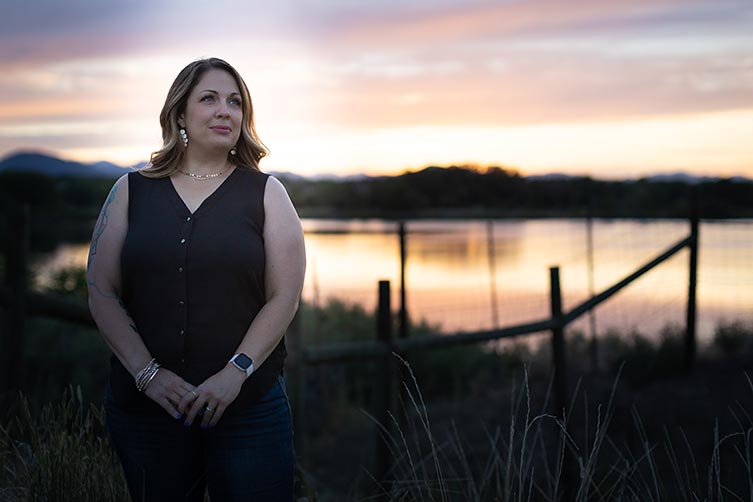 “It seems we have moved from ‘live and let live’ to ‘you can’t say that,’” wrote Chief Judge Timothy Tymkovich of the 10th Circuit in a blistering dissent in Lorie Smith’s case.

The court recognized that Colorado’s law restricts Lorie’s speech … that it drives her (and others’) views on marriage out of the marketplace. But, incredibly, the court upheld the law as consistent with the First Amendment.

According to the majority in the 10th Circuit’s decision, the government can compel artists like Lorie to create and speak the messages the government wants even if it violates their beliefs.

But free speech is for everyone—not just those who agree with the government.

“The threat to me is real. And I will continue to be censored unless a higher court steps in to make this right.”

Tymkovich rightly called this decision against Lorie “unprecedented,” “novel,” and “staggering” in its scope.

Under the court’s reasoning, the government can force any artist—or, for that matter, any speaker—to say just about anything on any topic.

That’s dangerous. And it clearly violates the Constitution.

“The threat to me is real. And I will continue to be censored unless a higher court steps in to make this right,” Lorie has said.

Lorie’s stand is not just for her. It’s for all Americans—and the next generation that will inherit this nation and the state of freedom in which we leave it.

Will you help defend Lorie and free speech for all with a gift today?

Misusing the law to crush freedom 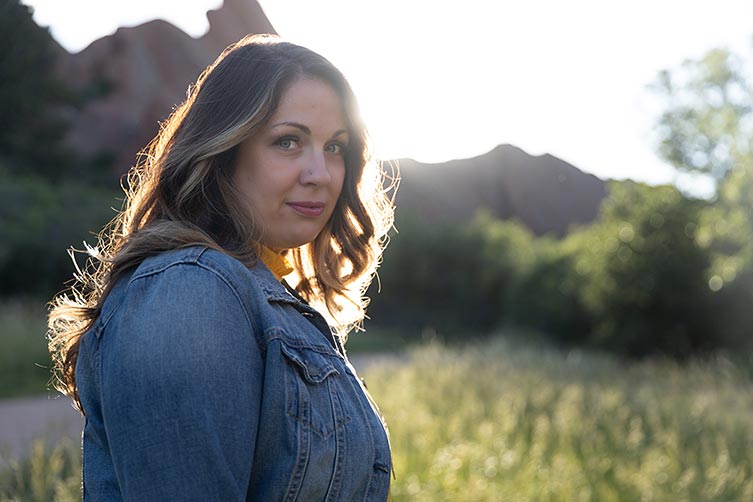 Free speech is simply the ability to say, write, or otherwise express what you believe peaceably —without fear of punishment or retaliation from the government.

The freedom of speech is the cornerstone of democratic governments.

But today in America, this freedom faces increasing attacks. We see it in the aggressive attempts to censor speech and banish views from the public square—as in cases where the government misuses the law to crush dissenting opinions.

Then there are the cultural attacks on diversity of thought, including the efforts of activist groups and individuals to control what you say. There’s speech policing on campus, social media mobs, and cancel culture, which one writer has called “the justice system of [the woke] revolution.”

All this has combined to create a climate of fear around sharing one’s opinions. In fact, a recent poll found that a whopping 62% of Americans are scared to talk about some of their political views.

Incredibly, some view certain speech as an actual act of violence. And because of that, it must be suppressed, shouted down, and stopped at all costs. Whether that means stopping speakers on campus, banning books, or kicking people out of the digital public square.

But if America is going to remain free, we must protect and preserve free speech. Lorie’s case is central to this mission of protecting Americans from government censorship.

Lorie Smith’s legal defense: Are you in?

Alliance Defending Freedom has established a record of success in defending your First Amendment freedoms and God-given rights.

But your help is critically needed now. Because, for Lorie and so many others, the fight is not over yet. And they cannot take on these expensive legal battles on their own.

Cases that go all the way to the Supreme Court can cost hundreds of thousands of dollars from beginning to end. And Lorie’s case could yield a landmark decision for free speech. It’s that important.

We rely on the generosity of people like you to help fund 100% of our legal work. And that’s why we don’t have to charge clients like Lorie a dime to defend them in court.

God has shown us time and time again that when we stand together to fight for religious freedom and free speech, we can win. But this isn’t “someone else’s fight.” It’s your fight. It’s our fight.