Facing increasing opposition to its new speech code rule, the American Bar Association (ABA) is learning that it’s not easy to limit the constitutional freedoms of attorneys. What a surprise.

The ABA’s new Model Attorney Misconduct Rule 8.4(g) would subject attorneys to professional discipline for merely engaging in speech that another might find “derogatory,” “demeaning,” or “harmful” – terms so broad and subjective as to sweep in a host of constitutionally protected speech.

The new rule makes clear that lawyers could find themselves in professional hot water for engaging in prohibited speech, not only while in court or representing a client, but also in their internal law firm communications, while engaging in bar association activities, during business functions, and even in social settings.

The Montana legislature is the latest opponent to voice its objection to the rule.

The Montana Supreme Court announced that it was considering adopting the new ABA speech code at the end of last year. In response, the Montana Senate and House of Representatives have adopted a joint resolution declaring that doing so would be unconstitutional, violating the First Amendment rights of Montana’s attorneys.

Even beyond that, the Montana legislature pointed out a few additional problems with the new rule:

The Montana legislature is the latest, but by no means the first, to declare its opposition to the new ABA speech code.  Objection to the new rule was heated even before the ABA officially adopted the rule at its 2016 Annual Convention last August.  Of the 481 comments filed with the ABA prior to its adoption, 470 opposed the rule, many on the grounds that the new rule would be unconstitutional.

Even the ABA’s own Standing Committee on Attorney Discipline and the Professional Responsibility Committee of the ABA Business Law Section warned that the new rule may violate attorneys’ constitutional rights. But these concerns did not even give the ABA pause. The ABA House of Delegates adopted the rule on a voice vote – with little to no debate.

Since its adoption, opponents of the rule have become increasingly numerous and vocal.

Last December, the Texas Attorney General announced his opinion that the rule is an unconstitutional restriction on attorneys’ free speech, free exercise of religion, and freedom of association rights.

And earlier this year, the National Lawyers Association’s Commission for the Protection of Constitutional Rights issued a statement declaring that the rule would violate attorneys’ free speech, free association, and free exercise rights under the U. S. Constitution.

Thankfully, the model rule is not binding upon any attorney unless it is adopted by a state’s supreme court, at which point the new rule will be applicable to all attorneys licensed in that state. And despite the ABA having sent letters to state supreme courts urging them to adopt the new rule, no state has yet adopted it.

In light of the growing opposition to the rule and its widely recognized constitutional infirmities, states would be wise to reject it.

To stay up to date on the latest issues and cases affecting your First Amendment freedoms, sign up for our newsletter. 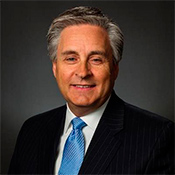 Bradley Abramson serves as senior counsel with Alliance Defending Freedom, where he plays an integral role on the Alliance Mobilization Team.