With Planned Parenthood's Extensive Rap Sheet, It's No Surprise States Continue to #DefundPP

You know that moment in a crime drama when the investigator drops a manila file in front of a suspect they're interrogating?  We all know that the thicker the file, the more crimes they've committed. Unfortunately for Planned Parenthood, one manila file would likely not be enough to hold their extensive rap sheet.

It's no wonder more and more states continue to pass legislation defunding Planned Parenthood. Wisconsin Governor Scott Walker was the latest to take action on Thursday, signing two bills that redirect funding away from abortion businesses in favor of providers who offer comprehensive health services for women and families. This officially makes Wisconsin the 9th state to defund Planned Parenthood since the release of the authenticated undercover videos, and Ohio is not far behind.

Here's a very quick overview of what that rap sheet looks like:

Planned Parenthood has likely violated laws and regulations in at least 13 states.

There are multiple reports of Planned Parenthood ignoring child sexual abuse and enabling their predators.

Planned Parenthood claims to be "the most trusted women’s health care provider in this country." And yet, time after time, year after year, Planned Parenthood endangers women and young girls who come through their doors looking for help. ADF has released a report that details Planned Parenthood's extensive history of ignoring child sexual abuse and enabling their predators. The report presents a pattern of Planned Parenthood incidents involving sexually abused minors in Alabama, Arizona, California, Colorado, Connecticut, Minnesota, and Ohio.

Despite receiving $553.7 million in taxpayer dollars last year and making $824.5 million in excess revenue over the past 10 years, Planned Parenthood has:

Abortion is the only service Planned Parenthood offers that has increased (by more than 20%) in the last decade. If that doesn't tell you where their priorities are, I don't know what does.

You would think that an organization that receives more than $500 million annually in taxpayer dollars would be worthy of such a generous contribution from the American people. Yeah, not so much.

Congress and several states are still investigating evidence from the authenticated undercover videos that appear to show Planned Parenthood breaking the law in two main ways:

Utilizing illegal abortion procedures: Multiple undercover videos portray Planned Parenthood abortionists discussing how they could alter the abortion procedure in order to increase the likelihood of intact “specimens” (aka the bodies of aborted babies). Such activity raises serious concerns about abortionists performing partial birth abortions, which is illegal.

Selling the body parts of aborted babies:In nearly every video, high-level Planned   Parenthood officials or StemExpress CEO Cate Dyer discuss how fetal tissue procurement can be—and has been—financially worthwhile. However, Planned Parenthood officials also make it clear that this process must be done carefully so as not to look like they are making a profit from it, which is against the law.

We applaud the nine states that have made efforts to defund Planned Parenthood since the release of the undercover videos. There is simply no reason for a scandal-ridden abortion giant with an extensive rap sheet to have such a strong hold on our tax dollars when women have better options for health care. 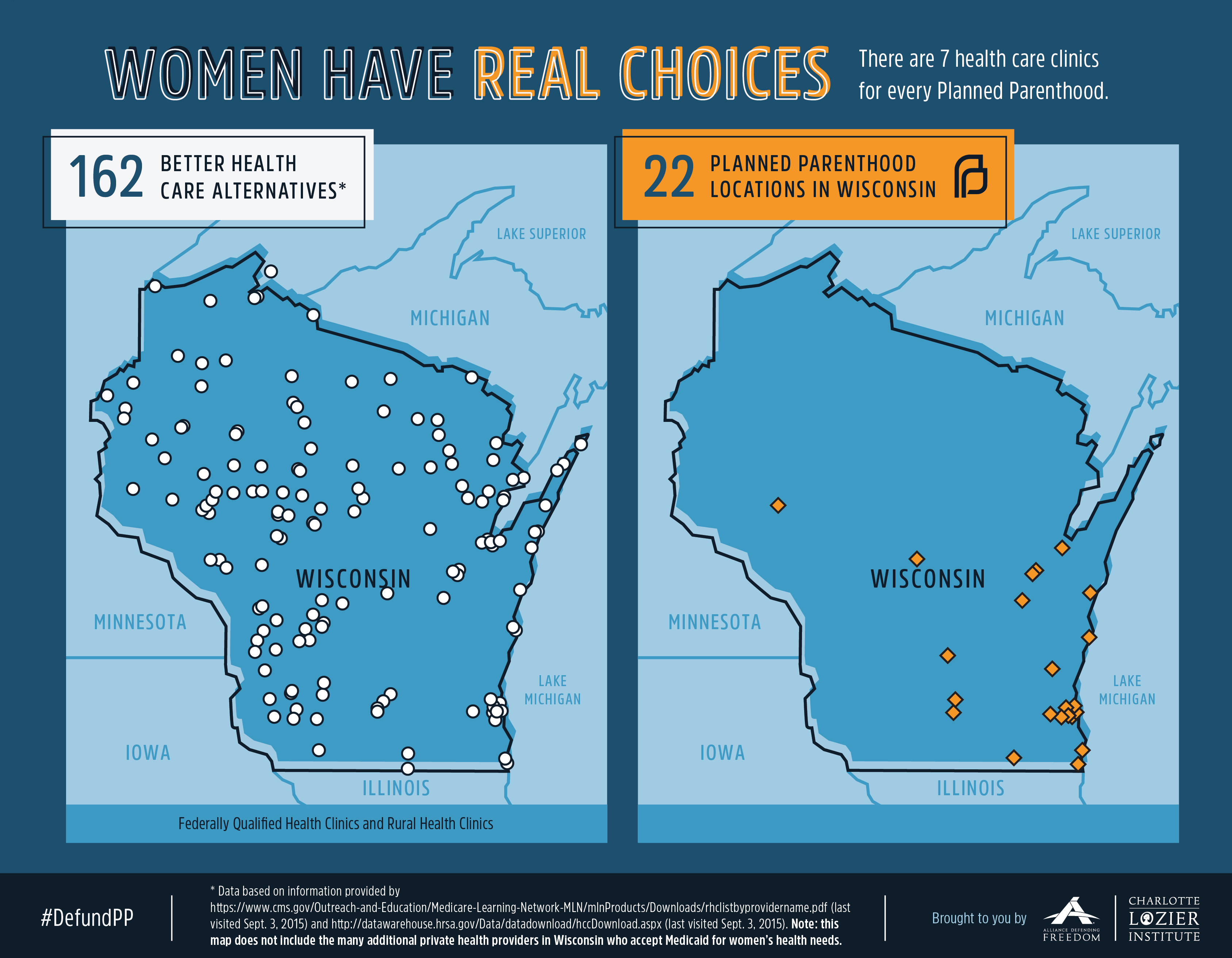 In addition to over one hundred thousand hospitals and other healthcare agencies that must accept Medicaid patients, there are 13,540 federally qualified health centers (FQHCs) and rural healthcare clinics (RHCs) in the United States, compared to about 665 Planned Parenthood locations.

FQHCs offer primary and preventive healthcare services for women that Planned Parenthood facilities do not offer, including:

Visit GetYourCare.org to learn more about these options and why there is no need for Planned Parenthood.

Marissa Mayer is an Arizona native who fell in love with the written word at a young age.

A Rally for Life: How the Pro-life Movement Spans Boundaries

Dobbs v. Jackson Women’s Health Organization will provide the best opportunity in a generation to overturn Roe and Casey.

What You Need to Know About One of the Biggest Abortion Cases Since Roe v. Wade

The reality is that our federal abortion laws are stuck in the past. So, it makes sense that Mississippi would want its state law to reflect our modern scientific knowledge.