Our Veterans Deserve Better Than This 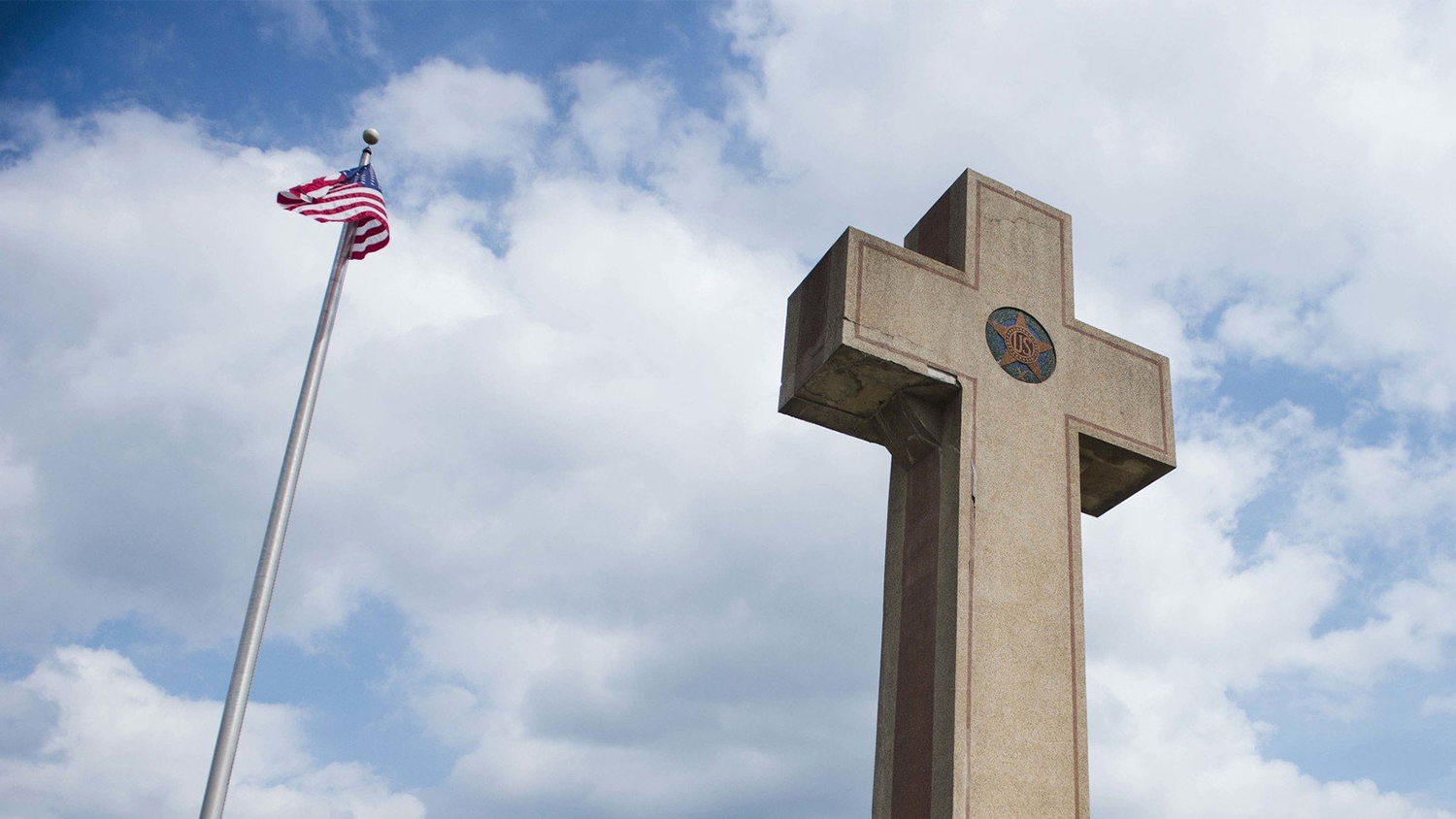 There are no living veterans to describe it, but 100 years ago, the bloodiest war the world had ever seen came wearily to an end.

Millions, on both sides, perished in World War I before the signing of the Armistice brought an end to the hostilities. The United States, which entered the war late, lost approximately 87,900 troops in five months of combat – more than its losses in either Korea or Vietnam.

But in 1919, the world fervently hoped for peace – with some optimistically naming the great conflict they had just endured “the war to end all wars.” And from that sorrow, mingled with hopefulness, memorials sprang up to remind future generations of war’s devastation.

That’s the context behind the Peace Cross memorial, erected in Bladensburg, Maryland. A prominent bronze plaque at the base declares: “Dedicated to the heroes of Prince George’s County, Maryland, who lost their lives in the Great War for the liberty of the world.”

Memorial crosses from that era are common and can still be seen today, such as the Argonne Cross and Canadian Cross of Sacrifice in Arlington National Cemetery.

Yet, this historic, century-old war memorial is now the center of a legal dispute before the United States Supreme Court.

Members of the American Humanist Association brought a legal challenge, claiming the display violated the U.S. Constitution because the cross offended them. A divided U.S. Court of Appeals for the Fourth Circuit agreed. And if that weren’t bad enough, the Court suggested a solution might be chopping off the Cross’s arms. That way, the local humanists would no longer be offended by a memorial cross honoring veterans who died for our freedom.

But how does a beloved memorial like the Peace Cross violate the Constitution?

The short answer? It doesn’t.

It is important to understand the reasoning behind the challenge, though. Succinctly stated, it is that a few persons, self-identified as “humanists,” are offended by the display. The display of a memorial cross on government property, they argue, is tantamount to establishing a state religion.

They claim this, even though they readily acknowledge that the mere presence of a memorial does not force anyone to believe any creed, worship, donate, or take any action that violates their conscience. But the sight – the mere sight – of the memorial offends them deeply; and their offense must dictate the memorial’s future.

The striking thing is the stark contrast between those challenging the memorial and those honored by it.

Four words mounted in bronze are emblazoned on each side of the memorial: VALOR, ENDURANCE, COURAGE, and DEVOTION. These are the essential traits of those who served—and died—to protect the freedoms we all enjoy as Americans. These were military heroes who placed the greater good before their personal safety; they were moved by sacrifice instead of self-interest.

As ADF has explained in its amicus brief for the Supreme Court, being offended does not constitute a concrete harm, and it should not give any individual legal standing to challenge memorials honoring military heroes.

Legal merits aside, the motivations of the World War I soldiers and the American Humanist Association plaintiffs could not be more different. On one hand, honor and sacrifice. And on the other hand, self-interest and personal offense.

The memories of those who served and died deserve better; we are optimistic that the Supreme Court will be ready to send that message.