Skip to content
This article was most recently updated on June 17, 2022.

It was once assumed in the United States that parents, not the state, have the primary role in raising children. But not according to President Joe Biden.

"They're all our children," Biden recently said to teachers gathered at the 2022 National and State Teachers of the Year event on April 27. "They're not somebody else's children; they're like yours when they're in the classroom." According to the president, the government has a sphere of sovereignty over children into which parents cannot intrude.

This view is wrong. Children never "belong" to the state. The state's role is secondary to the role of parents, whose rights do not stop at the schoolhouse gate.

The courts have recognized that becoming a mother or a father creates a duty to care for one's own child. This duty means that parents have a "fundamental right" to direct the care, upbringing and education of their own children. Parents have a sphere of sovereignty over their children into which the state cannot intrude.

In the Yoder decision, the Supreme Court rightly said it is parents' responsibility to inculcate "moral standards, religious beliefs, and elements of good citizenship." This is especially important now in light of conflicts over the implementation of critical theory in K-12 education. Schools have a mandate to provide basic education for good citizenship, but many schools are ignoring that mandate to the detriment of students and their families.

For example, in Virginia, the Albemarle County School Board enacted an "Anti-Racism Policy." It included training teachers to make race the primary filter through which lessons are taught. As a result, a student with multiracial ancestry began to see himself as different from his white classmates. He began to view his rich racial heritage as something negative that made him lesser than his white peers or family members. His mother does not want her son taught that what he can achieve in life is limited by his skin color.

After a school in the district showed a video indicating that only white people can "live in big houses" to a Latina student, she became upset and confused. Her parents immigrated from Panama and built a successful business. They do not want the school telling their daughter that she is oppressed because of her race, or that she is an oppressor because of her parents' education and income bracket.

Parents of both students are now challenging the policy in court.

In addition to these parents' concerns, the stigma of being labeled an "oppressor" can create an incentive to adopt a transgender identity to gain "oppressed" status. Helena Kerschner began exploring the transgender community as a 15-year-old. She described how being cisgender (identifying with one's biological sex) meant she was "uncool," "privileged, "an oppressor" and "bad." "And I didn't want to be that.... I can't change my race. I can't really change my sexuality. So the only thing left was to start playing around with the gender stuff."

Like Helena, many kids who experience anxiety and depression explore adopting a transgender identity. Some schools encourage them to deny their biological sex while hiding it from parents.

In Florida, a school hid a 12-year-old girl's gender confusion from her parents. After she twice attempted suicide, her parents and parents in Wisconsin, Virginia and California are challenging these policies in court. Meanwhile, the Biden administration is doubling down on an Obama-era Title IX policy that requires schools to address confused students with pronouns that do not align with their biological sex, regardless of their parents' concerns.

Parents who speak up to protect their children have been silenced by school boards and even threatened with investigation by the FBI. What do these officials believe will happen if schools respect parents' rights to direct their children's education?

If, as the Constitution guarantees, parents decided what moral standards to teach their children about sex, sexual orientation, gender identity and current racial issues, the state could still prepare students for the duties of citizenship. Schools could still teach history—not the 1619 Project, but accurate accounts of slavery, Jim Crow and the civil rights movement. Inequality between social groups could still be discussed, but without compelling students to accept the roles of "oppressed" or "oppressor." Kids struggling with their gender identity could voice their distress, but parents (not schools) could choose the best mental health treatment for their individual child's needs.

The Biden administration does not want to go that route. Instead, it wants to make sure that teachers, school boards and the Department of Education are in charge.

More than a dozen states, from Florida to Arizona, have stepped up to ensure that parental rights are treated as the non-negotiable, fundamental rights that they are.. Legislators in all 50 states can do the same. This generation of kids faces relentless attacks on their identities, mental health and family relationships. They need the involvement of their parents, who know and love them best. Great teachers recognize this need and support the role of parents including, and especially, in the classroom. 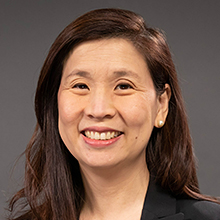