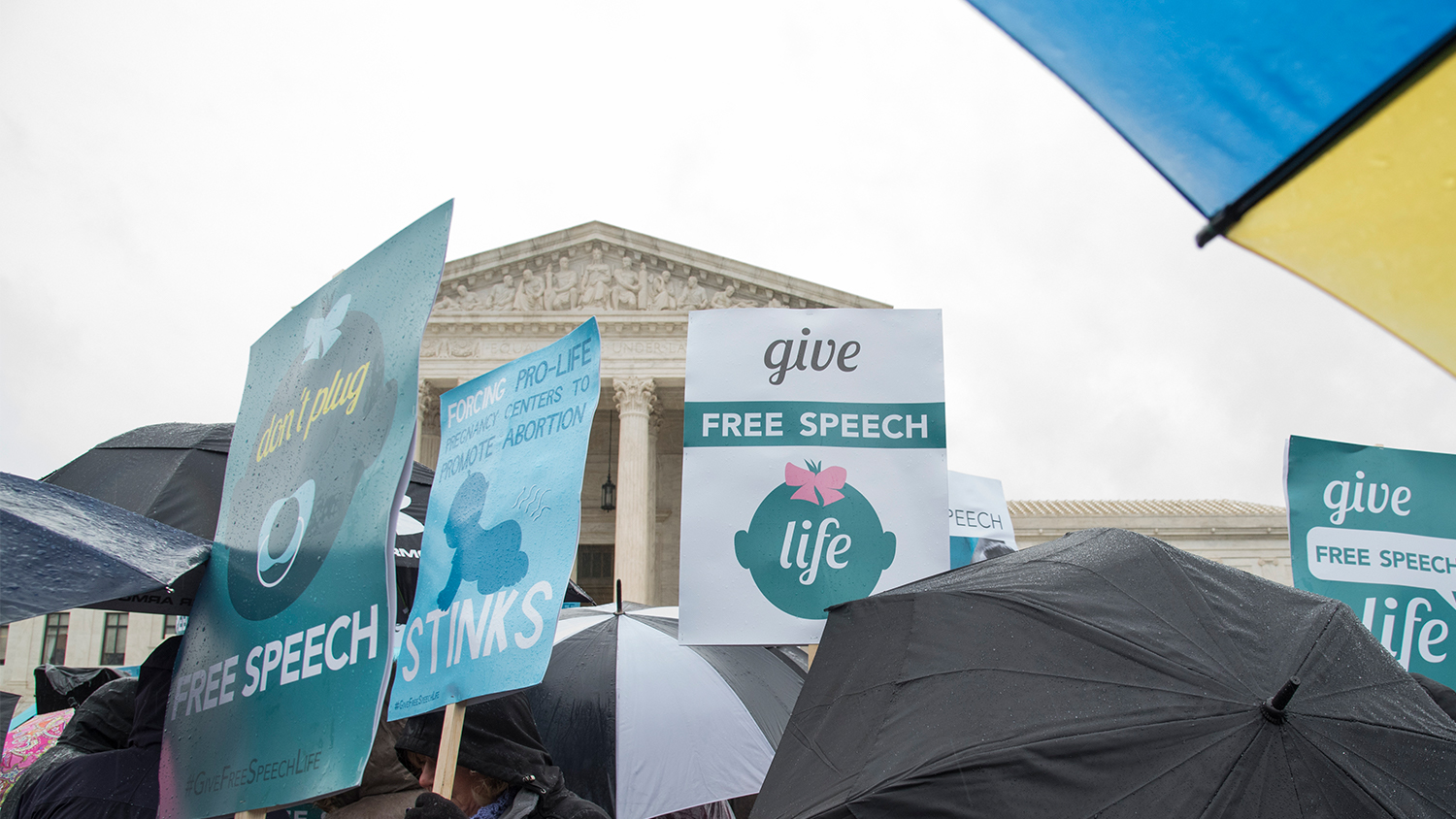 This past summer, the United States Supreme Court confirmed her initial reaction when it found the FACT Act likely violated the free-speech rights of pro-life pregnancy centers. And now, further discrediting this law, a government agency has found that the FACT Act also violates federal conscience protections.

How did this all start?

In 2015, Heidi was only three weeks into her job as the Executive Director of Alternatives Pregnancy Center in Sacramento when she attended her first judiciary committee hearing. At the time, politicians were discussing the FACT Act, then called “AB775.”

Any messages these pro-life pregnancy centers might say would be drowned out by the requirements of this bill. The consequences were unimaginable.

“The idea that the government could legally force us to tell clients where they could obtain an abortion,” Heidi remembers thinking, “to have that language printed on our paperwork next to our logo and hanging in our waiting room walls…the threat was real, and it was appalling.”

Even more appalling: The bill passed. In 2015, the FACT Act was signed into law by Governor Jerry Brown.

The FACT Act was specifically designed to target pro-life pregnancy centers—the very organizations that provide vital information and care to pregnant women and, of course, save countless lives of unborn children from abortion. What were they going to do now?

Many pregnancy centers, including Heidi’s, are members of the National Institute of Family and Life Advocates (NIFLA) which challenged the law.

Thankfully, in June 2018, the U.S. Supreme Court sided with pro-life pregnancy centers over the state of California in NIFLA v. Becerra. Writing for the majority, Justice Clarence Thomas held that the First Amendment does not permit California to force pro-life centers to express pro-abortion messages they disagree with. Based on that ruling, a California federal court permanently prohibited that law from going into effect.

But, in addition to the Constitution, the FACT Act violates other federal laws as well.

Last month, the Office for Civil Rights (OCR) of the Department of Health and Human Services found that California’s FACT Act violated the Weldon and Coats-Snowe amendments, which prohibit states that receive federal funding from discriminating against health care providers because those providers do not perform or refer for abortions.

“We are pleased that the Supreme Court blocked California’s blatant discrimination against non-profits that give life-affirming options to women facing unplanned pregnancies,” said OCR Director Roger Severino. “Our violation finding underscores not only that California must follow the Constitution, but that it also must respect federal conscience protection laws when it accepts federal funds.”

But Heidi Matzke could have probably told you that in 2015.