March is Women’s History Month, a month to commemorate courageous women who have overcome adversity; a time to esteem their success, admire their dedication, and praise their accomplishments.

We honor the following five women who have overcome being disfavored by the government and who are bravely challenging those government policies to ensure freedom for us all to live, work, and minister consistent with our religious beliefs.

Joanna, a calligrapher, and Breanna, a painter, opened Brush & Nib Studio in 2015. As new entrepreneurs at only 21 and 22 years old, these young women had a dream in their hearts: to use their God-given talents to design custom artwork that would reflect the beautiful God they sought to please through their work. Long nights, various obstacles, and countless prayers paid off when these business owners began to successfully serve Phoenix and live out their dream.

But according to the government, they can only live out their dream as long as they don’t live out their faith. As Phoenix interprets it, one of its laws requires these women to promote messages they disagree with, stripping these women of their free speech and religious freedom – and threatening them with substantial fines and jail time. So, they are standing up for their rights and have challenged Phoenix’s law.

Barronelle is a sweet, 74-year-old grandmother and floral artist in Washington State with a passion for people and the floral business her mother started. As a woman who seeks to honor God, she can’t leave her faith at the door of her own shop.

In 2013, a longtime customer and friend asked Barronelle to design floral arrangements celebrating his same-sex wedding. Because she could not use her artistic talents to celebrate an event that violates her conscience, she referred him to three other floral artists she knew would do a good job. They hugged before he left the shop. Still, the Washington State attorney general decided to make an example of Barronelle and sued her in both her professional and personal capacity. The ACLU followed with another lawsuit. Now Barronelle risks losing her wedding business, her home, and her retirement savings because she chose to follow her religious beliefs about marriage.

As a little girl, Sherrie’s homeless uncle frightened her, shaping her early view of the homeless community. After a successful career as a FedEx pilot, however, she felt called to minister to the homeless, who just like her uncle, were in dire need. She began working at a shelter in Anchorage, Alaska that serves the homeless community with meals and job training during the day and offers a women’s-only shelter at night.

Just this month—after more than 18 years of serving as executive director of New Hope Family Services—Judy took her second “retirement” to serve the ministry as an adoption caseworker. New Hope is a faith-based, pro-life pregnancy center and adoption provider in New York. In total, Judy has been an adoptive and foster care case worker for several decades, serving women dealing with unplanned pregnancies and their children.

She seeks to live out her faith and the Christian mission of the organization, which is to be the hands and feet of Christ, placing children in forever homes. Despite over 53 years of providing homes for over 1,000 children, New Hope has found itself in a legal battle with the New York government. Why? Simply for operating according to its biblical belief that the best place for a child is in a loving home with a married mom and dad.

These courageous women, and countless more, are taking a stand for their faith every day. They are refusing to compromise, risking what they’ve achieved for the sake of the Gospel and their constitutional right to live, work, and minister consistent with their beliefs. These women are changing our culture, shaping our nation, and making history.

And they are protecting freedom for us all, despite the price. 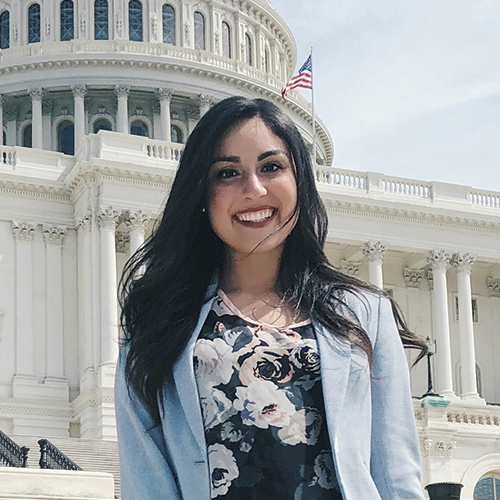 Leah Rodriguez attends Liberty University, where she is earning a BS in Law and Policy and minoring in both Criminal Justice and Government. She currently lives in D.C. and serves as Public Relations Intern for ADF.

This means that the City cannot exclude Catholic Social Services and Sharonell from serving the children and families in their communities because of their religious beliefs. Praise God!

After 8 Years of Legal Battles and 2 Wins, Jack Phillips is STILL Being Sued

For some, it won’t be enough until Masterpiece Cakeshop closes its doors and Jack Phillips is in financial ruin.