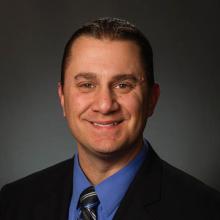 Timothy D. Chandler serves as senior counsel and senior vice president of strategic relations and training for Alliance Defending Freedom. In this role, Chandler brings nearly two decades of legal and training experience to developing and implementing long-range strategies to grow, equip, and engage a broad alliance committed to safeguarding our most cherished freedoms and the rule of law.

With a passion for strategic collaboration, Chandler leads a diverse team that runs many of ADF’s most strategic training and alliance-building programs. This includes the Blackstone Legal Fellowship, a law student training and professional development program that has now prepared nearly 2,500 graduates for careers marked by integrity, excellence, and leadership. Blackstone starts with an intensive summer-long training program and continues throughout the graduates’ careers, engaging them in ADF’s legal and public advocacy efforts and providing career development services to help them secure leadership positions throughout the legal system.

Chandler is also the architect of the ADF Summit on Religious Liberty, the organization’s flagship program that convenes leaders in law, government, public policy, media, business, and the church to collaborate on legal and cultural strategies to allow freedom to flourish in the United States and around the world.

Chandler spent the first several years of his career at ADF working with the U.S. legal division, including overseeing an ADF regional office in California, where he defended students, churches, and ministries’ First Amendment freedoms at the trial and appellate levels, including at the U.S. Supreme Court.