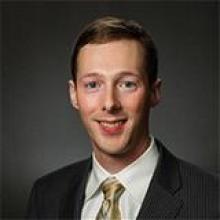 Rory Gray, Esq., serves as senior counsel with Alliance Defending Freedom, where he plays a strategic role on the Appellate Advocacy Team.

Since joining ADF in 2011, Gray has worked diligently on key cases to preserve religious freedom and free speech in America. He has served as a member of the main litigation teams in Masterpiece Cakeshop v. Colorado Civil Rights Commission, Trinity Lutheran Church of Columbia v. Comer, Conestoga Wood Specialties Corp. v. Sebelius, and Reed v. Town of Gilbert. Additionally, Gray has written briefs at all levels of federal and state courts, including an amicus brief in Newdow v. Congress of the United States, in which the Second Circuit upheld the use of the national motto, “In God We Trust,” on U.S. currency.

A member of the state bars of Georgia, Arizona, and Virginia, Gray is also admitted to practice before the U.S. Supreme Court and various appellate and trial courts.