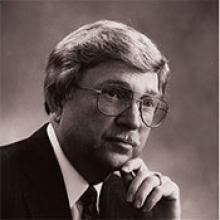 Marlin Maddoux was the founder and president of International Christian Media and host of the Point of View radio talk show, as well as a noted journalist and author.

Point of View is broadcast daily by satellite on more than 360 radio stations nationwide and around the world by shortwave. Marlin brought a conservative Christian perspective to the full spectrum of issues and current events that affect our homes, beliefs, schools, government, churches, and basic freedoms. In 1986, he was given the National Religious Broadcasters Award of Merit. In 1994, Christianity Today magazine called Point of View America's "most popular live Christian call-in show."