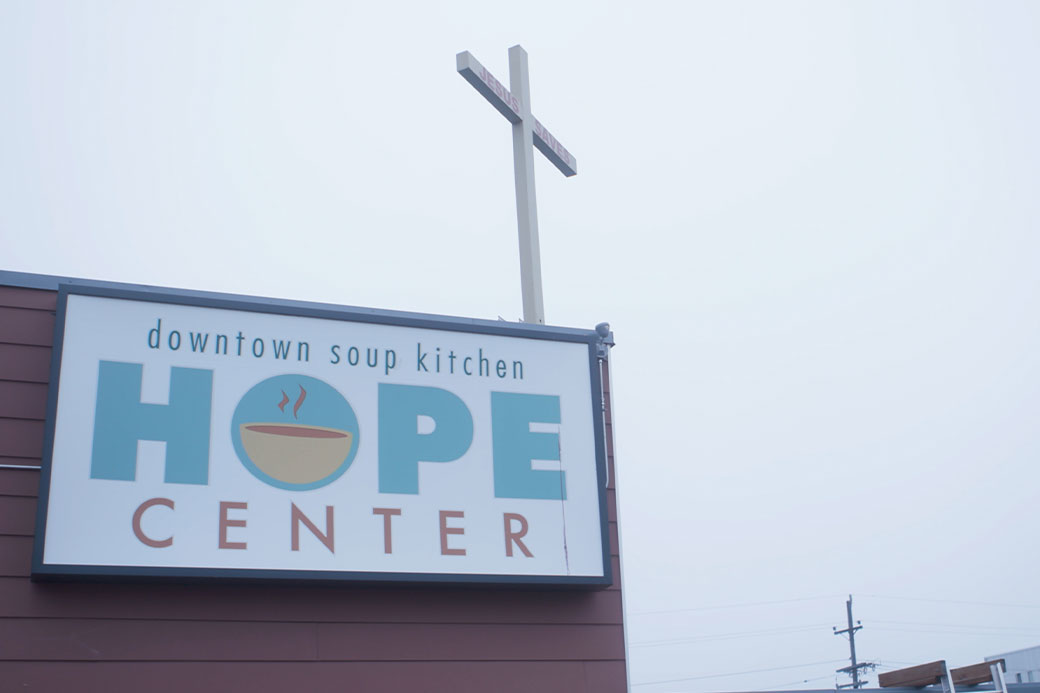 CASE UPDATE: Government officials in Anchorage, Alaska, are targeting the Downtown Hope Center AGAIN. After dropping a complaint against the shelter in the wake of a loss in federal court in 2019, the Anchorage Assembly crafted a new ordinance that could be used in an attempt to force the Center to open its women’s shelter to men. Support the center!

It seems like every day you read another heartbreaking story about victims of domestic violence, sexual assault, or human trafficking.

Survivors of these crimes often have nowhere to turn. Many are homeless. For some, the only option is a co-ed shelter where often they still do not feel safe.

But in Anchorage, Alaska, survivors do have a place to turn: Downtown Hope Center. 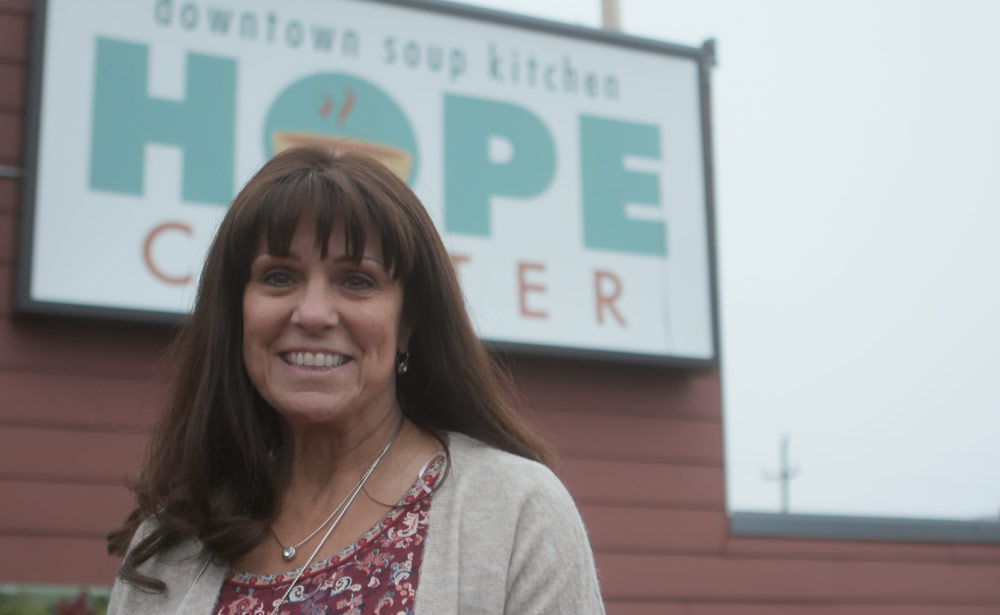 The Hope Center provides a vital shelter for homeless, abused, and trafficked women in Anchorage, Alaska.

The government pushed its agenda—at the expense of homeless women

The Hope Center is more than an Anchorage women’s shelter. It’s a Christian nonprofit that offers job skills training, daily meals, laundry, and clothing for any man or woman in need during the day—all free of charge. At night, the Hope Center provides a shelter for women, many of whom have escaped sex trafficking, domestic violence, rape, and other emotional and physical abuse. “Inspired by the love of Jesus,” the Hope Center’s mission is to “offer those in need support, shelter, sustenance, and skills to transform their lives.”

For many people, the Hope Center has done just that. It has helped, sheltered, and encouraged numerous women who are trying to escape from abusive situations and even from sex trafficking.

“Many of the women Downtown Hope Center serves have suffered rape, physical abuse, and domestic violence. They shouldn’t be forced to sleep or disrobe in the same room as a man. Abused women need a safe place to stay, but incredibly, some Anchorage officials are trying to take that place away.”

You would think that everyone would want to support organizations like the Downtown Hope Center, which provide a valuable service to some of the most vulnerable in society.

Instead, Anchorage officials went after the women’s shelter because of its Christian beliefs, misinterpreting the law in order to do so. The future of this vital ministry was at risk.

That’s why Alliance Defending Freedom filed a lawsuit in 2018 on Downtown Hope Center’s behalf against the Anchorage Equal Rights Commission and the City. The Hope Center simply wanted to minister to the homeless and hurting in downtown Anchorage. But the City demanded that the shelter do so on the government’s terms—or shut its doors.

“Downtown Hope Center serves everyone, but women deserve a safe place to stay overnight. No woman—particularly not an abuse survivor—should be forced to sleep or disrobe next to a man,” said ADF Senior Counsel Kate Anderson. 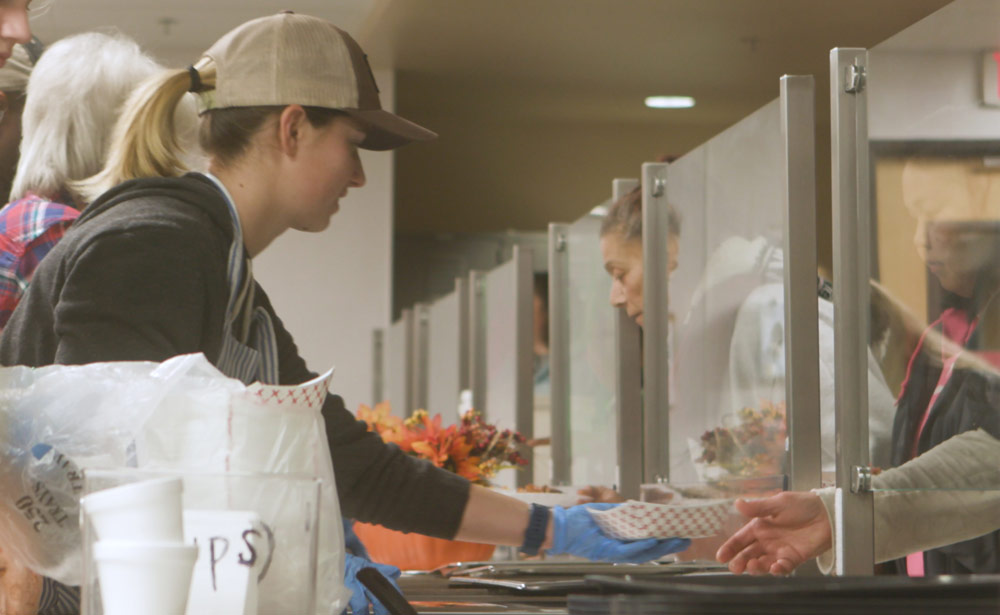 The Hope Center serves everyone. But, in order to provide a safe place for the women seeking to escape sex trafficking and abusive situations, the overnight facilities, showers, and changing rooms are open to women only.

This all started when a man, who identified as a woman, tried to gain access to the women’s shelter. Because he was drunk and injured, the Hope Center referred him to a local hospital to get the care he needed. The staff even paid for his cab there. Soon after, the man filed a complaint against the Downtown Hope Center with the Anchorage Equal Rights Commission, claiming the center had discriminated against him on the basis of gender identity.

There was just one problem: The Downtown Hope Center never violated the law. In fact, they helped this man get the care they would have provided to any person coming to them with such injuries.

The Downtown Hope Center serves everyone. No matter how they identify, men and women are welcome to receive meals, clothing, and job skill training at the center—and many have. But in order to provide a safe place for the women seeking to heal from sex trafficking and abusive situations, the Hope Center’s overnight facilities are open to women only.

“All Americans should be free to live and serve others according to their faith without fear of unjust government punishment.”

The City’s motivation was clear. It wanted to force this faith-based homeless shelter to get on board with its agenda—all at the expense of the women that the Downtown Hope Center serves.

In the rush to punish certain religious beliefs, Anchorage officials threatened to push these women out in the cold.

Thanks be to God, the government officials’ first instance of hostility was turned back.

But now the Downtown Hope Center is once again fighting to protect the vulnerable women it serves.

Your gift will defend freedom!

If certain Anchorage officials succeed in their latest attempt to harass the Hope Center, they will force a religious ministry to abandon its mission and message and force homeless women out into the cold.

ADF regularly gets calls from organizations and individuals who are threatened with government punishment—simply because of their religious beliefs. We won’t sit back and watch this happen. The Downtown Hope Center is just one of nearly 150 cases that ADF is currently litigating on behalf of people of faith.

With the help of people like you, we defend our clients free of charge. But we never want to be in the position of turning down anyone simply because we lack the funds.

Today, YOU can help keep the doors open for ministries that are protecting women.

Today, YOU can give to defend faith-based ministries like the Downtown Hope Center.

Today, YOU can help ensure a future of religious freedom in America — for your children and grandchildren.

Thank you for your gift to Alliance Defending Freedom. We’ll send you an email shortly to confirm your donation information.

These are challenging days for Christians in America. Opponents of religious freedom are unceasing in their efforts. We must prepare ourselves spiritually and legally, and we must stand together.

The Bible tells us to remember our fellow Christians who are facing punishment for living out their faith: “Pray for us, for we are sure we have a clear conscience, desiring to act honorably in all things.” (Hebrews 13:18)

Only with God’s help and the support of His people can we win the critical battles ahead.

That’s why we’re so grateful for your faithful support. Together, and with His favor, we will be victorious. Thank you again for helping.