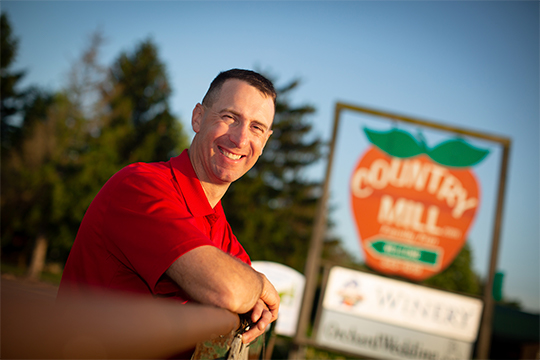 The Story of the Tennes Family and Country Mill Farms

CASE UPDATE: From July 27-30, the Tennes family’s case will be heard in federal court. Will you help defend them?

For seven years, Country Mill Farms set up a booth at the East Lansing Farmer’s Market to sell their produce, offering the only stand with organic apples. The market was a significant part of Country Mill Farms’ growing business.

But then, Country Mill was asked to leave the market.

The reason? They shared their religious viewpoint on marriage on their Facebook page—a belief that is apparently unwelcome in East Lansing.

They were banned from the market because of what they believe. 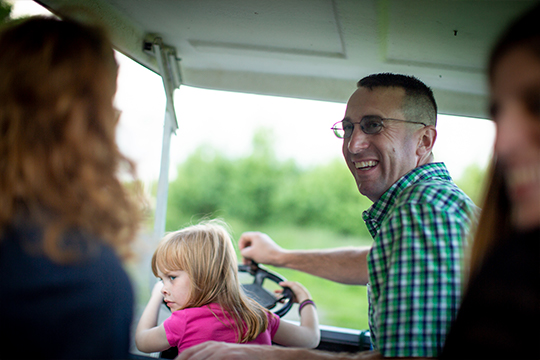 “Never before would I have ever thought that the faith we have here in our family, in our home, at our farm, would prohibit us from being able to participate in the community.” —Steve Tennes

Keep your beliefs to yourself, or face the consequences

Trouble started for the Tennes family when someone posted on Country Mill Farms’ Facebook page, asking about the family's beliefs about marriage. The Tennes family gave an honest answer. As Catholics, they believe what the Bible says about marriage: it is a sacred union between one man and one woman. They never thought that a city 22 miles away would punish them for simply stating their beliefs. But that’s exactly what happened.

“All of a sudden I felt like we couldn’t even believe what we wanted to believe. We had to be quiet.”

Upon seeing the Tennes’ comment on Facebook, the City of East Lansing decided to ban Country Mill from its farmer’s market. The city created a new market policy and then claimed that by communicating their religious beliefs, the Tennes family was in violation of that new policy.

But the truth is that the state and federal Constitutions protect the Tennes family’s right to speak about their religious beliefs, without fear of government punishment.

Their freedom is being threatened

As veterans of the U.S. military, Steve and Bridget Tennes both served to protect freedom for all Americans. Ironically, now they are finding their own freedom under attack—in the United States.

They strive to live their lives in a way that reflects Christ’s love and to raise their children according to their beliefs. Their faith guides the way that they operate their farm. It is central to their life. 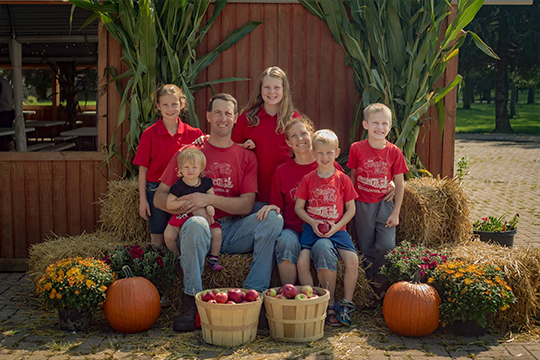 “The mission here at our family farm, the Country Mill, is ‘To Glorify God by facilitating family fun on the farm, and feeding families.'” —Steve Tennes

The Tennes family has a mission for their farm that demonstrates how they live out their faith in their business: “To glorify God by facilitating family fun on the farm, and feeding families.”

Opportunities for family fun peak in the fall harvest season with activities like hayrides, a pumpkin patch, and a corn maze, just to name a few.

The Tennes family needs our help

The right to live out our faith and communicate our beliefs without fear of punishment should be a freedom that our government actively works to preserve, even if it disagrees with an individual's views.

That’s why the City of East Lansing's decision to kick Country Mill Farms out of its farmer’s market is so outrageous, and why Alliance Defending Freedom took quick legal action on behalf of the Tennes family.

Just two days after hearing their request, a federal judge issued an order that allowed Country Mill to return to the farmer's market while their civil rights lawsuit against East Lansing proceeds.

This is great news for the Tennes family. The East Lansing Farmer’s Market had provided a significant part of their business.

But this case is not over yet.

If city officials can take away a veteran's license to do business in the market simply because he dared express his religious beliefs on Facebook, then no American is truly free.

Our government should be protecting our rights, not punishing citizens for exercising their freedom. And the government certainly should not be reaching outside its jurisdiction just to advance its political agenda.

“This isn’t just about our ability to sell at the farmer’s market. It’s really about every American’s right to make a living and not have to worry about being punished by the government.”

The political winds of the government change frequently—most notably when we elect new representatives. The government may be punishing the Tennes family now for speaking about their biblical view of marriage, but it could punish any one of us for speaking a message it doesn’t like in the future.

Will you stand with the Tennes family, and with others who are being punished for their faith, to provide the strong legal defense they need?

Your gift today is also critical because the income we receive determines our ability to fight for you. We want to be able to provide the strongest possible legal defense for Christians like the Tennes family who are—and will be—threatened for their faith.

Your gift today will make a great impact

Alliance Defending Freedom has established a strong record of success in defending your religious freedom. But your help is critically needed now. Because, for the Tennes family and many others, the fight is not over.

God has graciously shown us time and time again that when we stand together to protect religious freedom, we can be victorious. But protecting religious freedom isn’t “someone else’s fight.” It’s your fight. It’s our fight.

With God’s blessing, ADF has grown from the prayers of those godly leaders to become a major force in the legal battle for religious freedom — winning nearly 80% of our cases, including 13 victories at the U.S. Supreme Court since 2011.