The city of East Lansing, Michigan crafted a new policy to oust Steve Tennes, an organic apple farmer and owner of Country Mill Farms, from the local farmer’s market. City officials targeted Steve after seeing a Facebook post where he stated his view that marriage is the union of one man and one woman.

This clear government hostility doesn’t belong in a pluralistic society like ours.

This Couple Has Fought for Independence on Two Fronts

As Independence Day approaches, we are reminded of just how important our freedoms are.

In re: OSHA Rule on COVID-19 Vaccination and Testing
Read More 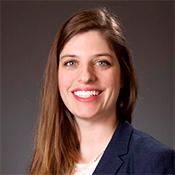 Kate Anderson serves as senior counsel with Alliance Defending Freedom, where she is the director of the Center for Parental Rights.

Who is Steve Tennes?

Steve Tennes is a farmer and owner of Country Mill Farms in Michigan. He and his wife Bridget are devout Catholics and military veterans. After serving their country, the two decided to move back to Michigan to take over operation of his family’s farm where they are now raising their seven children.

Where is Country Mill Farms?

The Tennes family’s farm is located in Charlotte, Michigan, which is just over 20 miles outside of East Lansing.

Why did the city of East Lansing ban Country Mill Farms from its farmer’s market?

Steve Tennes was asked on the Country Mill Farms Facebook page whether he would use his farm to host a same-sex wedding. Steve replied that, though he serves everyone, he would decline to host a same-sex ceremony because he believes that marriage is between one man and one woman and operates his business accordingly. Because of that post, East Lansing began pressuring Country Mill to leave its city-run farmer’s market. The City then created a new policy aimed at keeping them out for their views. They then used that policy to kick Country Mill out of the market.

Does Country Mill Farms serve everyone?

Yes. Steve and Bridget happily serve everybody through their farm and at the East Lansing farmer’s market, and they have done so for years. In fact, the city of East Lansing discriminated against him by punishing him simply for sharing his religious views about marriage in a Facebook post.

No. The government can’t treat some people worse than others simply because it doesn’t like their religious beliefs. That’s a violation of the First Amendment. You don’t have to agree with Steve Tennes’s view on marriage to support his freedom to live and work consistently with his faith. Because, if East Lansing officials have the power to target Country Mill Farms for their beliefs, they can target anyone.

Watch: Farmer wants to sell food to all people, but East Lansing won't let him

Jonathan Scruggs: East Lansing bans apple farmer from market for being a faithful Catholic (The Federalist, 2017-06-19)