Why Areté Academy Is So Much More Than a “Summer Camp” 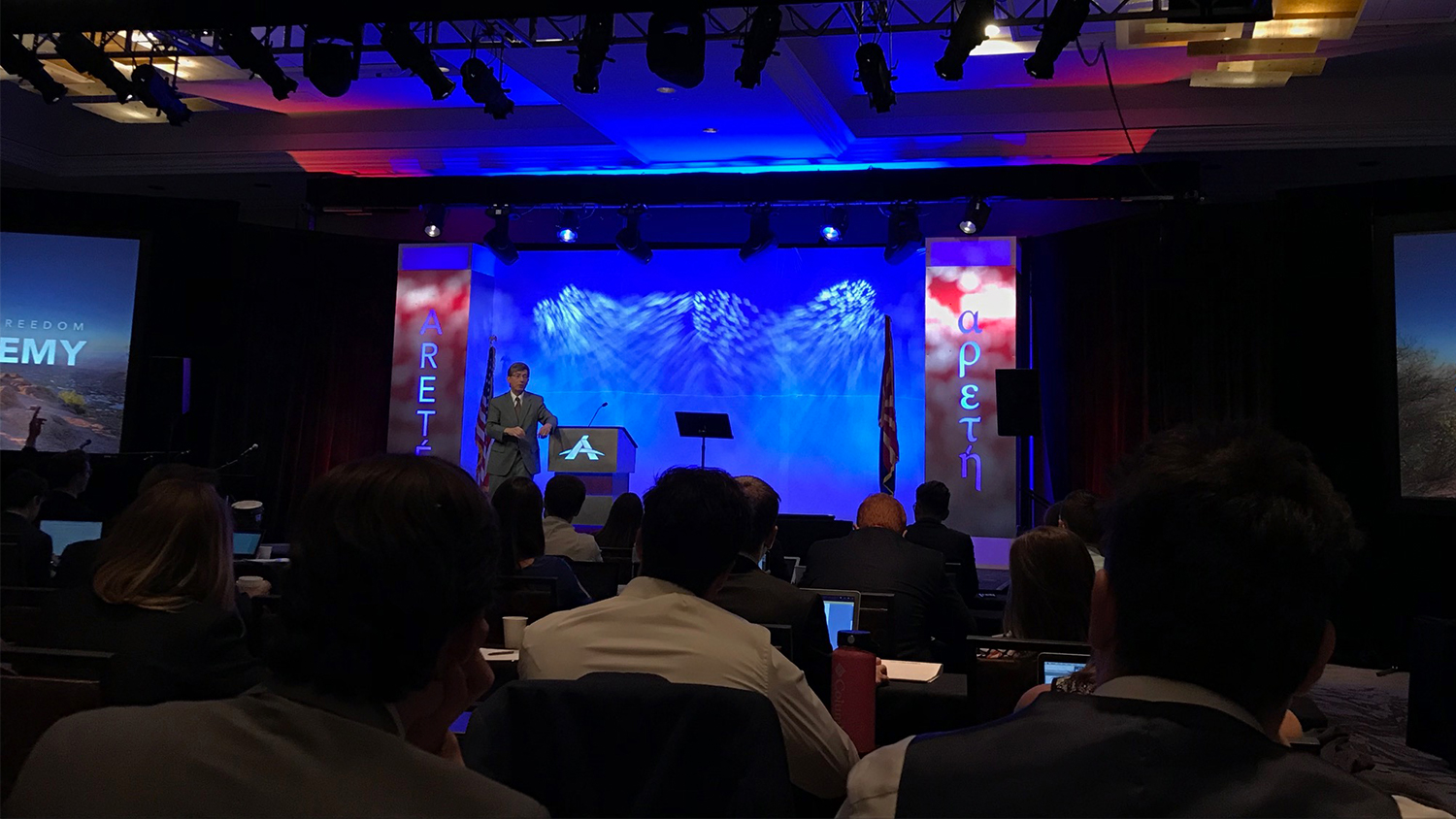 I attended Areté Academy in August of 2013. I had no idea what I was getting into, but I applied on the recommendation of an acquaintance. However, the Lord was at work. Five years later, I can look back and say it truly was a spectacular experience.

There were superficial perks, of course: staying at a very nice hotel, eating gourmet food, and traveling to a different area of the country. But the one-week training program put on by Alliance Defending Freedom (ADF) is so much more than a “summer camp.”

I was enthralled with the lectures. They were academic, logical, and interesting, and the discussions stick with you. I still remember seeing Kay Coles James and the stories she told about her time in the administration after 9/11. There was a pertinent lecture on abortion. That was the first time I was truly exposed to the specific horrors of the industry. We also heard lectures on how through history, we can see that this was a country founded on a belief in God, not a rejection of Him.

Every day began with praising God. There was a devotional every morning and communal worship time. How beautiful it is to begin every day with God’s word and singing. It strikes me odd that we were singing in a hotel conference room because we are always told to keep our religion at home. It was such a beautiful testament to the greatness of God. Additionally, Mass was offered every evening.

I met new people who are like minded. You get to interact with other Christians who are burning with a sense of Christ’s love and justice. You also have the potential to make lifelong friends. Areté was where I met one of my very best friends, Mandy. By divine intervention, we went to the same law school a few years later, and I was just in her wedding. I also keep up correspondence with others from that week.

Attending Areté also gives you a network. This is true in three different ways.

As a delegate to Areté, I met other people out there who are fighting the good fight and are also personable, intelligent, and involved in society. It was refreshing to see others carrying the torch for Christ and His kingdom. Going to Areté gave me a renewed vigor and encouragement to press on – to use my life to serve God with excellence.

ADF reminds you that we serve a big God and He can do marvelous things. We are not alone in a sea of hate and shame, and Areté is a great example of that. God sustains us, and He gives us fellow believers to walk alongside us.

I would highly recommend Areté to anyone who wants to be pushed in their faith, academics, and life generally.