Threatened with Jail Time: Why These Artists Are at the Arizona Supreme Court 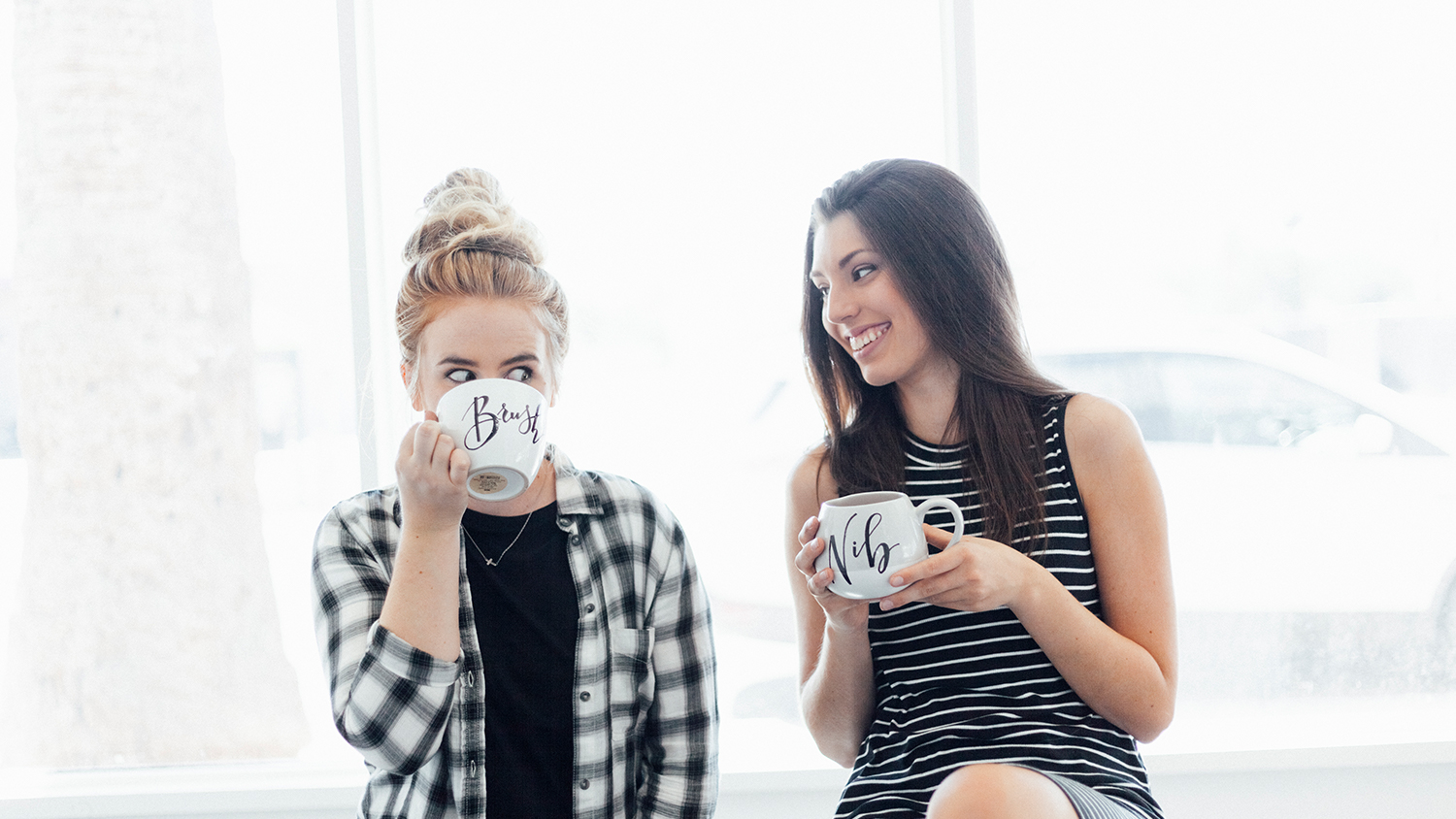 If you’ve ever started a business (or know someone who has), you know what a rollercoaster it can be. It’s scary. It takes courage. There are plenty of twists and turns that you never see coming. Despite these challenges, Joanna Duka and Breanna Koski launched Brush & Nib Studio in 2015.

With a goal to create authentic artwork that echoes God’s perfect and true beauty, these young entrepreneurs began creating artistic pieces incorporating beautiful paintings and calligraphy to celebrate some of life’s most important events.

But it didn’t take long until Joanna and Breanna experienced their first twist and turn. And it came from an unexpected place: their local government.

Here’s the issue. While Joanna and Breanna gladly serve all people, they cannot use their imaginations and artistic talents to design and create custom artwork expressing messages that conflict with their religious beliefs. But the City of Phoenix is saying they must do precisely that.

Think about that for a moment. By this same standard, the government could force a Democratic singer to perform at a fundraiser for the Republican Party and a Muslim graphics designer to create promotional materials for a Jewish synagogue.

And it gets even worse. Phoenix not only seeks to compel Joanna and Breanna to express messages contrary to their beliefs, but also prohibits them from publicly explaining how their religious beliefs impact the artwork they can create.

And get this: If Joanna and Breanna stay true to their beliefs, Phoenix could fine them $2,500 and even sentence them to up to six months in jail for each day they are found to be in violation of the law.

Unfortunately, the Arizona Court of Appeals ruled in favor of Phoenix. Now, Joanna and Breanna find themselves at the Arizona Supreme Court. Tomorrow, the court will hear oral arguments in their case.

That will be a big day for Joanna and Breanna. The outcome of their case will determine whether they can create artwork consistent with their religious beliefs or whether they must stop creating the wedding artwork that they love—and face the prospect of shutting down the business they so bravely started.

Beyond that, the court’s decision could either remind the nation of the critical importance of freedom of speech and religion or severely constrain those fundamental freedoms.

Everyone should be free to live and work consistent with their faith. And that is exactly what is at stake in this case. Please pray for Joanna and Breanna during this critical time tomorrow. Their religious freedom—and yours—could depend on it.