When the government punishes one behavior and rewards another, people take notice. That’s because the government’s actions send signals about what is good and what should be avoided.

So when the government treats churches worse than casinos, gyms, and bars in its COVID-19 response, we should all be concerned about the message it is sending and the real impact it is having on faith communities. After all, the government has a duty to uphold the First Amendment, and it should not be singling out churches with extra regulations.

But, unfortunately, houses of worship have been among some of the most regulated in the country the past few months, as all levels of government have reacted to the COVID-19 crisis.

Like many of us, churches across the country had to adapt to the “new normal” brought on by the COVID-19 pandemic. This led many churches to seek out creative solutions that would honor the COVID-19 restrictions and protect their congregants.

But some government officials went further than they needed to, unfairly targeting churches in their COVID-19 restrictions.

In Wilmington, North Carolina, the city banned drive-in church services, even though such services were never identified as an unsafe risk by health authorities. This became a recurring issue in numerous states.

The City of Greenville, Mississippi also banned drive-in church services, and police officers issued $500 tickets to attendees who were listening to their pastor’s sermon through their car radios in the church parking lot. Meanwhile, drive-in restaurants like the Sonic down the street from the church faced no such harassment.

Kansas forbade churches from holding gatherings of 10 or more people, while allowing secular establishments, such as bars, restaurants, libraries, and shopping malls, to exceed that number.

In Wake County, North Carolina, churches were prohibited from taking in-person tithes and distributing communion. But restaurants could hand out food and exchange money.

The Town of Dedham, Massachusetts sent a cease-and-desist letter to a church that was planning a meeting of 10 or fewer people – a gathering size allowed under the Massachusetts governor’s order!

In Oregon, a church auditorium could host an exercise class of any size if attendees practiced social distancing, but fines and jail time awaited pastors if 25 people congregated in the same auditorium for church services.

In Indiana, government officials restricted the capacity of churches to lower levels than similarly situated businesses.

Thankfully, in all of the situations mentioned, ADF Church Alliance was successfully able to step in on behalf of churches and help reverse these unlawful governments orders.

But that doesn’t mean all government officials have stopped their unequal and unjust treatment of churches.

State and local governments recently issued revised regulations as they begin re-opening. Unfortunately, in some states, this has resulted in more unfair treatment of churches.

Nevada has chosen to reopen casinos—at 50% capacity. But the government forbids more than 50 people to gather to worship in church, regardless of the church building’s size.

Washington has also continued its unfair treatment, initially limiting religious gatherings to 25% capacity or 50 individuals, whichever is less. Churches in some parts of the state can now gather in greater numbers, but they are still receiving unequal treatment compared to many secular businesses, such as restaurants, professional offices, manufacturing facilities, and even cannabis retailers. Governor Inslee even called spiritual gatherings “COVID-19 ‘superspreader’ events”.

ADF is representing churches in Nevada and Washington as they seek to regain fair treatment so they can tend to their flocks and safely worship together.

What This Crisis Has Shown Us

Public officials certainly have the authority to protect health and public safety, but the First Amendment—including the free exercise of religion—is not suspended during times of crisis. And unfortunately, it seems that some governments across the country are all too eager to shut down churches and single them out for worse treatment.

We cannot allow unjust, discriminatory treatment of churches to continue. Religious freedom is a preeminent right that must be protected by our governing officials.

In addition to representing the churches mentioned above, ADF has either directly advised or equipped others to advise over 3,000 churches and ministries during the COVID-19 crisis. We are here to help guide churches as they respond to their specific state and local laws, which are often changing.

If shutdowns occur and your church is treated worse than secular organizations, please do not hesitate to contact us. 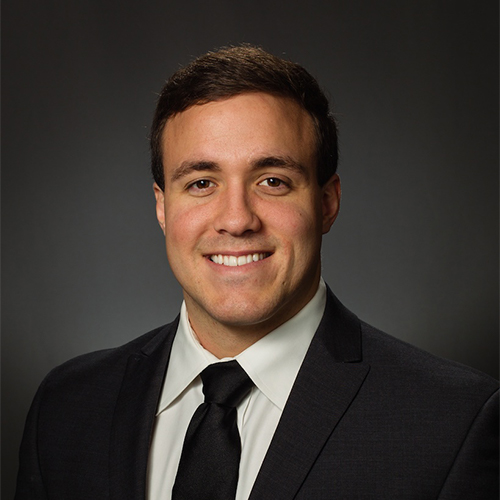 John is a Grove City College graduate and serves as a communications specialist at Alliance Defending Freedom.

Professors can’t threaten and bully students just because they happen to disagree with their beliefs.

Meet the Kentucky Photographer Standing Up for Free Speech

Chelsey serves everyone, but she cannot promote all messages.

We are simply asking that the state of Vermont treat students at religious high schools equally and give them the same opportunities as public school students.