At Long Last, Michigan College Admits It Was Wrong to Arrest People Handing out the Constitution 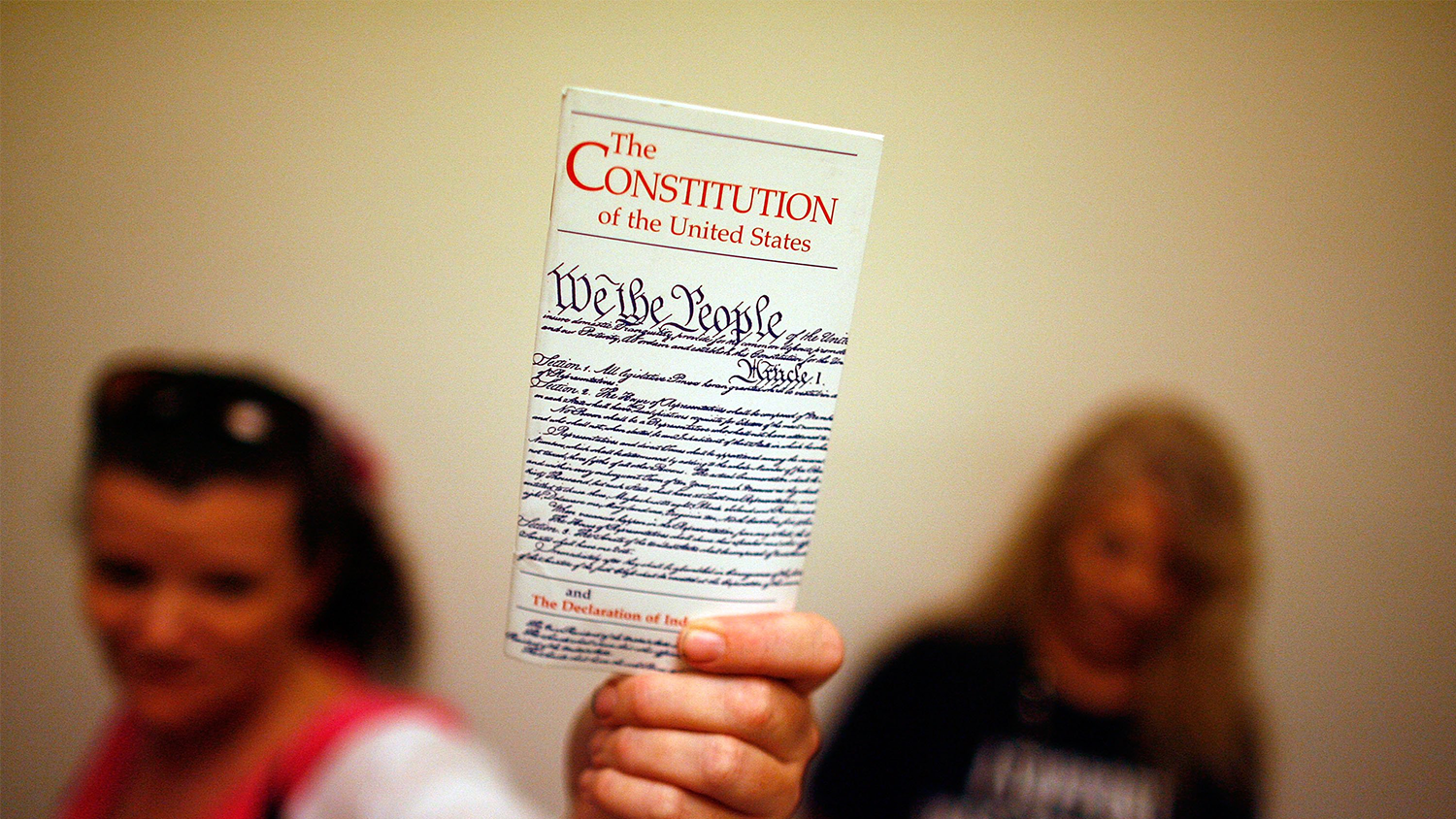 On September 20, 2016, well over a year ago, Kellogg Community College in Michigan arrested three people for handing out copies of the Constitution on campus.

Yes, you read that right…the Constitution, the very document that protects free speech. It’s amazing this even made it to court.

But it did make it to court, where the Alliance Defending Freedom attorneys with the Center for Academic Freedom presented arguments on behalf of Young Americans for Liberty (YAL) – the group that was handing out the copies of the Constitution and asking those that passed by if they “like freedom and liberty.”

Classifying that as worthy of arrest might seem laughable. But it certainly wasn’t laughable to the people who were arrested, jailed, and charged with trespassing. The charges were eventually dropped, but KCC’s speech policies, which led to the arrests, remained in place.

In January 2017, the KCC chapter of Young Americans for Liberty and several individuals filed suit in federal court to change these policies, but KCC refused to change anything. In fact, for almost eleven months after the arrests and after eight months of litigation, the College did nothing to change any of its policies. Then in August, a federal judge made it very clear in a hearing that he believed the College’s policies were unconstitutional. Only then did KCC even begin to revise its policies, but even those revisions did not fully protect students’ freedoms.

But now, a year and four months after the arrests and after a full year of litigation, KCC has finally done what anyone with common sense would have done long ago: agree to fix its policies.

Under KCC’s former speech policies, students were required to get permission from the college before engaging in any expressive activity anywhere on campus, including distribution of any written material. The policies also prohibited any speech that did not “support the mission of Kellogg Community College (KCC) or the mission of a recognized college entity or activity.” And they prohibited students from engaging in expressive activities in the outdoor areas of campus.

Now, these policies have been eliminated and replaced with a new policy that reflects a better understanding of the First Amendment rights of college students.

College officials have also agreed to pay $55,000 in damages and attorneys’ fees, as well as provisionally recognize the YAL chapter as an official group on campus.

“It’s astounding that college officials would arrest people for distributing the Constitution, the very document that protects their right to free expression,” said ADF Legal Counsel Travis Barham. “All public colleges have a duty to protect and promote the First Amendment’s guarantee of free speech. It’s a shame that it took this much time and a federal court’s rebuke for Kellogg Community College to come to its senses, realize that these arrests were wrong, and finally agree to respect students’ constitutionally protected freedoms.”

The bottom line is this: Students don’t need a permission slip to exercise their First Amendment rights. And college officials should never be allowed to arrest students for handing out the very document that protects those rights – the Constitution.

If universities are supposed to be the “marketplace of ideas,” they must allow for free speech. Find out what ADF is doing to defend free speech on campuses across the country.