Laws That Demand Conformity in Belief and Action are About Less Tolerance, Not More

Like too many cities throughout the country, the city council of Scottsdale, Arizona, is considering a problematic measure that would make their constituents the latest victims in a nationwide campaign to compel citizens to accept, endorse, and promote messages, ideas, and events that violate their deepest convictions (often referred to as “nondiscrimination laws”). Far from advancing the American commitment to diversity and tolerance, however, these laws demand conformity—in belief and in action. And they punish and silence citizens who refuse to exchange their beliefs for those of the government.

The problem is that "tolerant" has changed its meaning. It used to mean "I may disagree with you completely, but I will treat you with respect." Today, tolerant means – "you must approve of everything I do." There’s a difference between tolerance and approval.

As an Arizona resident who works in Scottsdale, I was disturbed to learn that the city council is considering whether to adopt this ordinance, knowing that such laws have caused so much trouble in other parts of the country. Scottsdale is already a diverse and tolerant city—why would we enact a law that has proven problematic elsewhere? While such laws may have an appealing moniker, the actual effect of such laws is to constrict (or eliminate) freedom of belief and action and ban diversity, all while subjecting well-intentioned, law-abiding citizens to wrongful, and often severe, punishments.

The proponents of such laws often either are misinformed (at best) or are deliberately deceitful (at worst) as to the true impact of these coercive measures. A recent e-mail exchange with a member of Scottsdale’s City Council illustrates this fact.

On Oct. 10, I wrote to one of the councilwomen. I explained that giving special status to the fluid categories of “sexual orientation” and “gender identity and expression” would create problems for all Scottsdale residents. I am well acquainted with the impact of such laws, and I cited examples from my Vanderbilt Law Review publication, including the following:

Imagine a young woman, Elaine, who is a gifted photographer. She launches a small photography business with her husband, and soon she is in demand throughout the state. Her specialty is weddings. One day Elaine receives a request to photograph a same-sex commitment ceremony. Politely, she declines, explaining that she only photographs traditional weddings. Several months later, she is contacted by the state‘s Human Rights Commission. Elaine learns that a complaint has been filed against her, and she is being charged with discrimination on the basis of sexual orientation.

Imagine a young man, Michael, who is a gifted filmmaker. While his true gift lies in the creation of short films and documentaries, Michael funds his passion by shooting various advertisements and other more ―commercial projects. As the next presidential election draws near, Michael is approached and asked to film an ad for the challenger, a conservative, gun-toting business owner of a multinational corporation who favors an increase in oil exploration and owns a fleet of gas-guzzling SUVs. While flattered, Michael has long supported the liberal incumbent, and has already produced several ads for his campaign. Therefore, he politely declines. Within weeks, a complaint is filed against Michael for discriminating on the basis of political ideology.

I informed the councilwoman that one of these scenarios was quite real—the New Mexico Supreme Court ruled against Elaine Huguenin and her husband Jonathan, with one justice stating that the two “now are compelled by law to compromise the very religious beliefs that inspire their lives,” and adding that this compulsion “is the price of citizenship.” The second scenario could become a reality, as the legal framework already exists to sustain it.

I also explained the history of nondiscrimination laws, which trace their origins from the late 19th century. After Congress enacted the short-lived Civil Rights Act of 1875—which was found unconstitutional eight years later—states began to pass such laws, which focused on discrimination based on race or color. As one legal scholar has noted, “civil rights laws were enacted against a background of devastating and widespread discrimination.” These laws were passed to ensure access to essential goods and services because many African Americans were denied access to hotels, restaurants, and hotels. Indeed, when the federal government re-entered the field with the Civil Rights Act of 1964, it did so “in order to remove racial discrimination from certain facilities which are open to the general public” (emphasis added).

I then detailed to the councilwoman that in recent years, nondiscrimination laws have cast off their historical roots. As just one example, New Jersey’s “nondiscrimination” law applies to “any producer, manufacturer, wholesaler, distributor, retail shop, store, establishment, or concession dealing with goods or services of any kind” (emphasis added). Similarly, rather than focusing on racial discrimination, today’s statutes cover any number of groups. A District of Columbia statute covers, in addition to race and color, “religion, national origin, sex, age, marital status, personal appearance, sexual orientation, gender identity or expression, familial status, family responsibilities, genetic information, disability, matriculation, political affiliation, source of income, or place of residence or business of any individual.”

Needless to say, such laws do not focus on “essential goods and services,” but instead reach virtually every type of business and span nearly every demographic imaginable. No less an authority than the Supreme Court of the United States has commented on the danger such laws pose to First Amendment freedoms. In 2000, the court held that the changes described above have increased “the potential for conflict between state public accommodations laws and the First Amendment rights of organizations.” Boy Scouts of Am. v. Dale, 530 U.S. 640, 657 (2000).

And the conflict is wholly unnecessary. In Arizona alone, only five cities have enacted “nondiscrimination” ordinances like the one that Scottsdale is considering, and of the twelve complaints that have been filed and fully investigated (three other complaints have been filed and not yet fully investigated), none of them were found to be justified or pursued by local enforcement agencies. Scottsdale is a diverse and tolerant town, and has already passed a “Unity Pledge,” which many businesses have voluntarily signed. Laws that eschew tolerance and demand conformity in belief and action will not achieve a goal of inclusivity, fairness, or respect, but will negatively impact every resident, particularly those individuals and businesses who have deeply held religious beliefs and who want to enjoy the constitutionally protected right to act and speak in a manner consistent with their beliefs.

The councilwoman's response was timely, and her tone was cordial. I appreciated her willingness to engage in civil discourse about the issue. Her conclusions about the impact of a “nondiscrimination” law, however, are wrong.

Specifically, two paragraphs of her response, pasted below, demonstrate her eagerness to subjugate the protections of the First Amendment to an oppressive regime of so-called “nondiscrimination.”

"The First Amendment of the U.S. Constitution protects all faith communities from undue governmental burdens, including protecting their right to practice their faith as they see fit, even if it does not align with governmental mandates against discrimination based on race, gender, sexual orientation or gender identity."

In her interpretation of the First Amendment, the councilwoman significantly restricted its protections by including the words “faith communities.” The First Amendment protects free speech and free exercise or religion of individuals, just as it also protects corporate entities. These freedoms extend well beyond the church doors or communities of faith, and the First Amendment expressly forbids laws impeding such freedoms. For this reason alone, cities should be unwaveringly opposed to legislation that sacrifices First Amendment freedoms—the constitutional freedoms our leaders took an oath to guard.

"The U.S. Constitution, the Arizona Constitution and the Arizona Free Exercise of Religion Act, passed by the State Legislature in 1999, protect everyone’s right to their religious conscience. Nondiscrimination laws do not impact the sacred practices within religious institutions, which are exempt from laws that nevertheless apply in the public arena."

In this paragraph, the councilwoman gives an obligatory nod toward freedom of conscience while simultaneously revealing her belief that “nondiscrimination” laws carve out a narrow protection only for “sacred practices within religious institutions” that take place outside the “public arena.” But Americans’ freedom to live and work faithfully extends far beyond the four walls of their church or home. And yet the councilwoman's limited understanding of constitutional freedoms is one many are embracing in the effort to pass these types of laws, causing Americans to suffer at the hands of the government, as they are ordered to leave their faith at the door in a way America’s founders never intended.

Punished for Their Faith 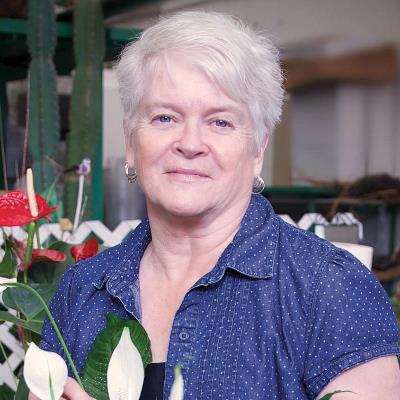 Barronelle Stutzman is a 72-year-old grandmother and floral artist in Washington. Barronelle faces the loss of her business, savings, and even her home, after she referred a longtime customer and friend to another florist because she was unable to design floral arrangements for and participate in his same-sex wedding ceremony.

Blaine Adamson is the owner of a promotional printing company in Kentucky. Blaine turned down a request to print a shirt with a message that conflicted with his faith and then was hit with a discrimination complaint.

“If there is any fixed star in our constitutional constellation, it is that no official, high or petty, can prescribe what shall be orthodox in politics, nationalism, religion, or other matters of opinion or force citizens to confess by word or act their faith therein.”

But tragically, government officials are far too often allowing these state and local laws to trump the First Amendment (not to mention commonsense)—by forcing citizens to subscribe to a new government-imposed orthodoxy.

And even aside from First Amendment freedom concerns, the councilwoman's response exposes the reality that the freedom to act consistently with your beliefs—a freedom cherished by religious and nonreligious alike—must stand in line behind the government’s moving definition of tolerance. And increasingly, that definition means endorsement of the government’s approved beliefs rather than the ability to civilly disagree. This is not about denial of essential goods and services. This is about the government forcing citizens to participate in, celebrate, and endorse events with which they disagree.

The councilwoman ended her e-mail with this exhortation:

"It is time we exercise good citizenship, decency, acceptance and tolerance; which is why we need to create a Non Discrimination Ordinance for Scottsdale."

I wholeheartedly agree that we should exercise “good citizenship, decency, acceptance and tolerance.” But passing laws that compel citizens to conform to the government’s ideology—including its view of marriage and human sexuality—results in a system of forced conformity, where diverse viewpoints and unpopular expression are verboten.

“A free society is a society where it is safe to be unpopular.”