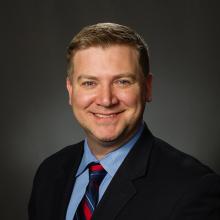 Lance Bauslaugh grew up as a pastor’s kid in Washington State before jumping into a full-time sales career in 1999. It was a mentor in Lance's life who challenged him to use who God had created him to be for Kingdom expansion. That challenge ultimately led Lance into the field of philanthropy, where he has served Alliance Defending Freedom since 2013. Currently, Lance is the Vice President of Philanthropy and Stewardship and lives in Dallas, Texas.