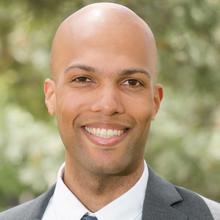 Johannes Widmalm-Delphonse serves as legal counsel with Alliance Defending Freedom, where he is a member of the Center for Conscience Initiatives.

Just prior to joining ADF, Widmalm-Delphonse clerked for the Honorable Sara Ellis of the U.S. District Court for the Northern District of Illinois. Before that, Widmalm-Delphonse served as staff attorney with the Hennepin County Public Defender’s Office in Minneapolis, Minnesota, where he represented clients charged with serious felonies.

Widmalm-Delphonse earned his J.D. from Harvard Law School in 2014. He obtained his B.A., with distinction, in Political Science, from the University of Michigan in Ann Arbor.

Widmalm-Delphonse is a member of state bars of Minnesota, Illinois, and Virginia.