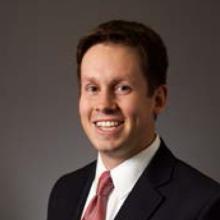 Jeremiah Galus serves as senior counsel for Alliance Defending Freedom, where he is a key member of the Center for Christian Ministries.

Since joining ADF in 2015, Galus has focused on protecting the freedom of Christian ministries, schools, and churches to exercise their faith without government interference. In Simon v. Catholic Diocese of Kansas City–St. Joseph, he helped win a state court ruling that a diocese is free under the First Amendment to make employment decisions without court interference. In Foothill Church v. Rouillard and Skyline Wesleyan Church v. California Department of Managed Health Care, Galus currently represents churches suing to block the California Department of Managed Health Care from arbitrarily forcing them to pay for elective abortions in their health insurance plans.

Prior to joining ADF, Galus worked as an attorney with a large law firm in Washington, D.C., where he focused on complex civil litigation before state and federal trial and appellate courts. Galus also served as a prosecutor for the Maricopa County Attorney’s Office in Arizona before joining ADF.

Galus earned his Juris Doctor from the University of Pittsburgh School of Law in 2009. While in law school, he served as senior research editor of the University of Pittsburgh Law Review and was a teaching assistant for first-year legal research and writing courses. He obtained a Bachelor of Arts in government and political affairs from Millersville University in 2006. Galus also completed the ADF leadership development program to become a Blackstone Fellow in 2007.

Galus is a member of the state bar in Arizona, Pennsylvania, and the District of Columbia.