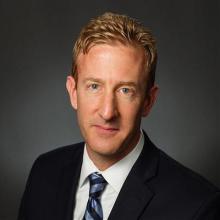 Jeffrey Shafer serves as senior counsel with Alliance Defending Freedom, where he is a member of the Center for Cultural Engagement and Scholarship. In this role, Shafer devotes his efforts to strategic research and innovation.

Since joining ADF in 2005, he has litigated religious liberty and free speech cases at the trial and appellate levels in federal and state courts throughout the United States. Early in his legal career, Shafer operated a solo general practice firm in Cincinnati, Ohio, with a particular emphasis on criminal defense litigation. Thereafter, he practiced in a Cincinnati-based law partnership that he co-founded, which focused on public interest and civil constitutional cases.

Shafer’s litigation endeavors have included criminal jury trials; ballot-access cases for citizen initiatives, including the 2004 Ohio Marriage Amendment; asserting the prerogatives of parents to home-school their children, including the In Re Rachel L. case in California; vindicating the rights of religious institutions under the federal Religious Land Use and Institutionalized Persons Act; advocating the First Amendment speech, religion, and association liberties of university students penalized for their viewpoints; and challenging a plethora of forum access restrictions for various political and religious speakers. Outside the courtroom, he has addressed a wide array of audiences in academic and community venues on matters of legal and cultural interest.

Shafer earned his J.D. from the Regent University School of Law, graduating with honors in 1995. He is admitted to the bar in Ohio and Illinois, as well as the U.S. Supreme Court, and numerous federal district and appellate courts.