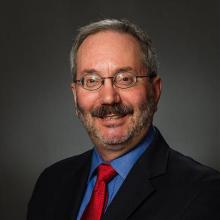 Dr. Jeffery J. Ventrella serves as senior counsel and senior vice president of academic affairs and training at Alliance Defending Freedom. Since joining ADF in 2000, he has designed the curriculum for a number of ADF training programs, including the Blackstone Legal Fellowship, a unique training and professional development program for law students. He also helps design ADF International’s Areté Academy Europe, Asia, and Latin America, which provide training for exceptional international advocates and cultural leaders who are on a path to future leadership in a variety of disciplines.

Ventrella has served as a research fellow and a member of an ad hoc graduate thesis committee for the Department of Philosophy and Constitutional Law at the University of the Free State, South Africa. He is also a distinguished Fellow of Law and Culture for the Center for Cultural Leadership and a fellow with the Ezra Institute for Contemporary Christianity. In 2014, TruthXchange appointed him Senior Fellow. As an approved speaker for The Federalist Society, he serves as an appointed member of the society’s executive committee—guiding its Religious Liberties Practice Group.

His book The Cathedral Builder: Pursuing Cultural Beauty (2007) is part of the Blackstone Legal Fellowship’s Core Curriculum Project, which he also edits. He is the author of numerous monographs and has contributed to or edited nine books. Ventrella received a bachelor’s degree in music education degree, magna cum laude, from the University of Northern Colorado, where he specialized in trumpet performance. He holds a doctorate in church and state studies from Whitefield Theological Seminary and earned his juris doctorate from the University of California Hastings College of the Law. He has practiced law since 1985 and is a member of the state bar of Idaho. He is also admitted to practice before the U.S. Court of Appeals for the Ninth Circuit, the U.S. District Court for the District of Idaho, and the U.S. Supreme Court.