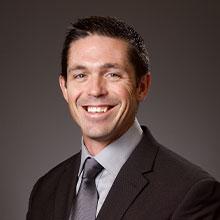 Greg Scott serves as senior vice president of communications for Alliance Defending Freedom. In this role, he helps further the legal objectives of ADF through a comprehensive and strategic communications program, which includes constituent communications, marketing, social media, brand management, and media relations.

Prior to rejoining ADF in 2021, Scott served as director of media and public relations for The Heritage Foundation and public affairs chief in the U.S. Department of Homeland Security.

From 2004 to 2017, Scott served ADF in a variety of media and communications leadership positions, most recently vice president of communications. Before that, he spent 10 years on active duty in the U.S. Marine Corps, most recently as public affairs officer at Marine Corps Air Station Miramar (San Diego). He also served as a base spokesman for both Camp Pendleton and MCAS Miramar.

Scott has been published in Variety, The Arizona Republic, The Washington Times, Journalism & Mass Communication Quarterly, Patheos, The Daily Signal, and Ricochet, among other publications. He has been quoted by the Associated Press, The New York Times, The Los Angeles Times, The Washington Post, Christianity Today, Foxnews.com, Politico, National Review, and other national and local media outlets.

Born in Southern California and raised on Long Island in New York, Scott now resides in Northern Virginia with his wife and two daughters.