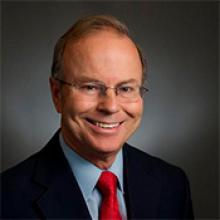 Glen Lavy, Esq., serves as corporate counsel with Alliance Defending Freedom. He oversees corporate issues, protecting the ministry from all legal and non-legal threats. He also provides key legal counsel to the president and CEO.

From 2011-2014, Lavy was vice president of Legal Strategies and Funding. Within a few short years, Lavy and his team recruited top-notch Christian lawyers across the country. They have tripled the number of applicants who want to attend the Legal Academy and who contribute invaluable pro-bono service to advance the organization’s mission.

When joining ADF in 2001, Lavy focused his litigation efforts on protecting the legal definition of marriage as the union of one man and one woman. From 2004 to 2007, he served as senior vice-president of the Marriage Litigation Team. Lavy wrote friend-of-the-court briefs supporting marriage and family in Lawrence v. Texas and Goodridge v. Department of Public Health, two crucial cases affecting legal precedents for sexual activity and marriage. He was a pivotal player in Lewis v. Alfaro, a landmark California Supreme Court case which stopped San Francisco from issuing same-sex “marriage” licenses and voided the ones already granted by Mayor Gavin Newsom.