Conversations about abortion can be challenging and uncomfortable. Everyone knows that.

They don’t have to be, though. Even debates between the most committed ideological opponents can be civil and respectful.

But it’s impossible to have a debate when your opponent doesn’t show up.

That’s the situation I ran into recently when I was invited to speak at a college panel discussion about the Supreme Court’s overturning of Roe v. Wade.

I represented the pro-life legal position. But the seat next to me, intended for my counterpart on the other side, remained empty all afternoon. While the two professors representing the philosophical perspectives were able to respond to each other throughout the discussion, I was left speaking about the legal issues in a monologue. Don’t get me wrong, I appreciated the ample opportunity to share about the pro-life legal perspective, but critical dialogue involves a necessary back-and-forth.

After all, the whole point of the panel was to go “Beyond the Slogans, Beyond the Rage” surrounding abortion discourse. The event envisioned bringing together differing views in order to engage the students in a productive exchange of ideas and opinions.

The conspicuous absence of any pro-abortion legal advocate was no fault of the event organizers. In fact, they reached out to five different “pro-choice” legal organizations requesting a speaker. The replies they received were not enthusiastic.

The moderator told our audience that two of those organizations had ignored him, two had said no, and one had “emphatically said no”—that they wouldn’t participate in an event that recognized both sides of the issue.

That was disappointing. But it wasn’t surprising.

At Alliance Defending Freedom, we see this resistance to civil dialogue all the time. We often hear from law-student groups, for example, who are unable to find professors willing to debate ADF attorneys on issues of life.

Ironically, one of the effects of the Supreme Court’s overturning of Roe is that abortion is up for debate around the country. In Dobbs v. Jackson Women’s Health Organization, the Court ruled that “procuring an abortion is not a fundamental constitutional right because such a right has no basis in the Constitution’s text or in our Nation’s history.” In other words, citizens and legislatures across the country are literally debating abortion.

That raises a question: if pro-life attorneys like me are willing to engage in debate, if colleges are willing to host panel events, if voters and legislators are debating policy, why won’t the “pro-choice” activists engage as well?

I don’t know the answer to that question, but I do know that refusing to argue your case does not make your argument look stronger.

The professor moderating our panel put it best: by declining to participate in civil dialogue, those pro-choice organizations let the audience down. Their absence sent a clear message that they are content peddling slogans, but they won’t answer your questions. The students in attendance were genuinely curious about the legal issues. It’s a shame they were denied the chance to hear them debated.

But I’m disappointed that it was just the three of us. 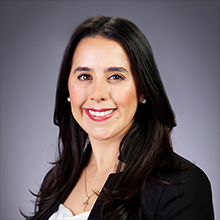