Is it discrimination for an artist to decline a custom project based on the message requested? The answer is no, but let’s go deeper as to why. There’s a lot of confusion surrounding what public-accommodation laws protect versus what the First Amendment protects and how these laws coexist.

Public-accommodation laws protect people’s access to essential goods and services. For example, if a restaurant is open to the public, it may not refuse to serve someone food based on their race. A hotel can’t refuse someone a hotel room either. The same could be true for other classifications: sex, disability, sexual orientation, religion, etc.

The First Amendment’s Free Speech Clause protects people’s speech and expression. This includes not only being free to think, speak, write, and design, but also being free to choose what you think, say, write, or design.

The First Amendment protects what we say by simultaneously protecting our ability to decide what not to say. If the government prevents us from making this decision, we lose our power to speak, too.

Now, in many states, public-accommodation laws and the First Amendment exist harmoniously together. Businesses can’t decline to design for someone based on who the customer is. But they can decide what they’ll say based on the requested message. For example, an atheist print shop may decline to design and print flyers promoting Christianity, but it can’t refuse printing services for customers just because they’re Christian. An LGBT website designer may decline to create websites defending the Catholic Church’s views about marriage, but he couldn’t refuse to design websites for clients just because they’re Catholic.

Unfortunately, Colorado is not a state that’s respecting the First Amendment. Instead, it’s misusing its public-accommodation law to compel graphic artist Lorie Smith to say things she doesn’t believe. This is why the Supreme Court has taken up her case, 303 Creative, to determine whether governments may use public-accommodation laws to compel artists to speak government-sanctioned messages or stay silent when they enter the marketplace. The Supreme Court has never upheld such an application before.

As the Supreme Court has affirmed previously, “no official, high or petty, can prescribe what shall be orthodox in politics, nationalism, religion, or other matters of opinion, or force citizens to confess by word or act their faith therein.” Rather, the First Amendment guarantees our right to voice our diverse views to ensure a freer society.

Lorie loves to work with everyone, regardless of who they are or how they identify. For example, if someone who identifies as LGBT asked her to create a website promoting an animal rescue shelter or an organization dedicated to serving kids with special needs, she’d be happy to design that. For Lorie, it’s never about the client. It's about the message. And there are some messages she can’t create, regardless of who asks, like messages demeaning others.

Most artists are committed to expressing messages consistent with their values. And the government shouldn’t compel Lorie’s speech any more than it should force a Democrat speechwriter to write a speech for the Republican National Convention or an LGBT graphic artist to design brochures critical of same-sex marriage.

But Colorado claims the power to misuse its law to compel Lorie’s speech. This should deeply concern all of us. One need not agree with Lorie’s belief about marriage—beliefs shared by many other Americans. Even if no one agreed with Lorie’s particular beliefs, the Constitution still protects her freedom to choose what she says without government censorship. This promise extends to each of us and prevents the government from infringing on this sacred freedom and forcing us to speak contrary to the very core of who we are.

And when the government allows public-accommodation laws and the First Amendment to coexist, it’s good for everyone. We don’t all have to share the same beliefs. But we should all be free to voice them.

This is why a win for Lorie at the Supreme Court would be a win for all of us. Every American should be free to express ideas even if—and especially if—the government disagrees with those ideas. 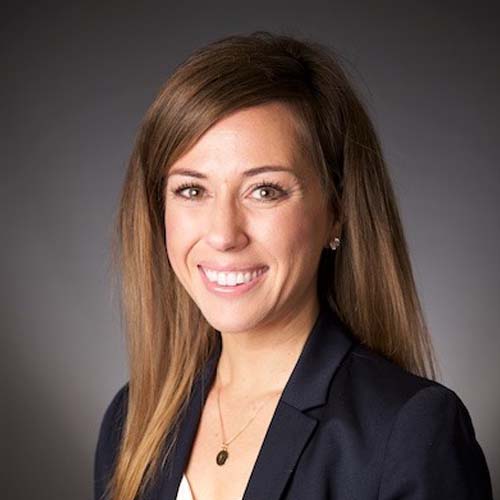