In the summer of 2022, the United States Supreme Court issued a historic decision in Dobbs v. Jackson Women’s Health Organization, striking down Roe v. Wade and allowing states to protect mothers and unborn children. Sadly, the federal government has responded by accelerating its efforts to peddle lethal drugs that kill unborn children and put their mothers at risk.

On Jan. 3, 2023, the Food and Drug Administration changed its regulations to allow retail pharmacies to offer an abortion drug called mifepristone, the first of two drugs commonly used in chemical abortions. Previously, only certified prescribers, clinics, or specific mail-order pharmacies could provide the drug.

Mifepristone has long been regulated in the United States—and for good reason. The drug regimen has a myriad of risks. But the federal government has spent decades eliminating basic safeguards put in place to protect pregnant women.

Mifepristone was first developed in France by a pharmaceutical company called Roussel Uclaf S.A. Under the name RU-486, the drug was widely available in France by 1990.

Roussel Uclaf “donated” the U.S. patent for mifepristone to the Population Council, an organization that was founded to address so-called “world overpopulation.”

The Population Council filed a drug application with the FDA in March 1996, and six months later, it received initial approval. The FDA requested more information from the Population Council, but by 2000, it approved chemical abortion drugs in the U.S. with few restrictions.

In addition to killing unborn babies, evidence shows that mifepristone and other chemical abortion drugs cause more complications to pregnant mothers than even surgical abortions. The FDA ignored these facts.

The FDA also never studied the safety of the actual drug regimen used in chemical abortions, nor did it examine the potential impacts of the hormone-blocking chemical on young girls whose bodies are still developing. Instead, it disregarded the science and approved chemical abortion drugs, putting both women and girls in harm’s way.

Since the FDA irresponsibly approved chemical abortion drugs, it has not gone back to research the questions it chose to ignore. Instead, it has made the dangerous drugs even more accessible.

The safeguards put in place by the FDA regarding mifepristone were never sufficient, but they provided at least some measures of protection for women. Now, even those protections are being destroyed.

In 2016, the FDA extended access for chemical abortion from seven weeks gestation up to 10 weeks and reduced the number of required in-person doctor visits from three to one. It changed the dosage and administration of the drugs, expanded the list of people who could prescribe and administer them, and eliminated a requirement for prescribers to report non-lethal complications from the drugs.

In April 2021, the FDA claimed it was temporarily removing the in-person dispensing requirement, blaming the COVID-19 pandemic. Months later, the FDA announced it would permanently remove the requirement.

All of that led up to January 2023, when the FDA expanded access to the dangerous abortion drugs once again by allowing retail pharmacies to provide them.

What does it all mean?

The FDA has repeatedly signaled that it cares more about forwarding a destructive agenda than it does about protecting women and children. This was clear when the FDA recklessly approved chemical abortion drugs in the first place, and it becomes even clearer with each safeguard it destroys.

As if pushing these lethal drugs to pregnant women through the mail was not bad enough, the federal government is now trying to make them readily available at corner drug stores around the country. The blatant disregard for women’s health and safety is deeply troubling, which is why Alliance Defending Freedom attorneys are stepping in.

ADF attorneys are representing the Alliance for Hippocratic Medicine, a nonprofit organization of about 30,000 health-care professionals, in a lawsuit against the FDA for its reckless approval of chemical abortion drugs and subsequent elimination of important safeguards around them. Read more about the lawsuit here.

For the safety of all pregnant women, ADF is asking the FDA to remove the dangerous drugs from the market.

Health-care professionals are supposed to protect patients to the best of their ability. The FDA betrayed this promise when it approved chemical abortion drugs and ignored the risks, and now it must be held accountable. 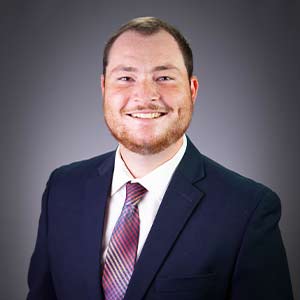