Former Poet Laureate of the United States Robert Frost is often quoted as saying, “Half the world is composed of people who have something to say and can’t, and the other half who have nothing to say and keep on saying it.”

Whether or not Frost ever said those words, they have never been truer than they are right now in America.

Christians, people of other faiths, and even those of no faith who still adhere to longstanding concepts of morality often find themselves in Frost’s half of the world with something to say but can’t. Meanwhile those who stand for nothing are tossed about by the ever-shifting winds of relativism, virtue signaling, and faux tolerance while seeking to silence those who might disagree by shouting “their truth.”

Many prominent academics and attorneys, including Alliance Defending Freedom’s General Counsel Kristen Waggoner, have been on the receiving end of the heckler’s veto and worse at our nation’s universities. Once great bastions of philosophy, rhetoric, and the noble pursuit of truth, universities today more closely resemble reeducation centers where indoctrination into the myopic modern worldview requires safe spaces and trigger warnings to “protect” students from any idea that might challenge them or make them feel uncomfortable.

From college campuses to the halls of Congress and many protest marches in between, we’re told that in the face of whatever microaggression or perceived injustice is momentarily in vogue, “silence is violence.” If you express an opposing view, then “speech is violence.”

And if all the sloganeering and browbeating results in anything less than complete capitulation to the demands of the grievance mongers, rioting is justified because “violence is speech.”

This moral inversion is not new to America; it is a hallmark of human frailty. Writing in his diary in 1772 John Adams observed,

“We see every Day, that our Imaginations are so strong and our Reason so weak, the Charms of Wealth and Power are so enchanting, and the Belief of future Punishments so faint, that Men find Ways to persuade themselves, to believe any Absurdity, to submit to any Prostitution, rather than forego their Wishes and Desires. Their Reason becomes at last an eloquent Advocate on the Side of their Passions, and [they] bring themselves to believe that black is white, that Vice is Virtue, that Folly is Wisdom and Eternity a Moment.”

Yet even in the face of this current totalitarian impulse, those who find themselves at odds with cultural orthodoxy have reason for hope. All is not lost.

Fortunately, some of the greatest minds of their generation constructed a citadel for individual liberty of thought, word, and deed. Realizing that the unpopular opinion is the one most in need of protection, they built barriers to coercion into our Constitution’s First Amendment.

Our Founding Fathers were prescient in their wariness of pure democracy, where a simple numerical majority might trample the rights of those in the minority. They instead created, as Benjamin Franklin famously quipped, “A republic, if you can keep it.”

If we are to keep this republic, religious freedom and free speech are essential. Together these two principles form the most reliable legal bulwark against the dismal rising tide of mob rule.

The English historian Lord Acton recognized this giant leap forward for humanity, declaring in 1877, “That great political idea, sanctifying freedom and consecrating it to God, teaching men to treasure the liberties of others as their own, and to defend them for the love of justice and charity, more than as a claim of right, has been the soul of what is great and good in the progress of the last two hundred years.”

Our Founders were keenly aware of the lessons of history that freedom and morality are inextricably linked. They enshrined religious freedom in the first two clauses of the First Amendment to protect the proper role of religion in a free civil society.

If you have freedom but no morality and each man is free to do what is right in the sight of his own eyes, the strong will inevitably oppress the weak. The proper role of religion is to restrain the fallen nature of mankind.

Years after the Constitution was ratified, John Adams wrote, “Our Constitution was made only for a moral and religious People. It is wholly inadequate to the government of any other.” Freedom of speech ensures that common baseline of morality shared across many faiths can be established when each is accorded entry into the marketplace of ideas.

When people of faith are free to not only speak their beliefs but freely exercise their religion, the poor and downtrodden are uplifted, the hungry are fed, the sick and the lonely are comforted, and the desperate mothers and their unborn children are rescued from the lie that one life must always be sacrificed to preserve another. They will know the truth and the truth will set them free.

We must continue to fight for America’s future

It might seem tedious at times that we must continue to litigate these first principles to remind those in power of their obligation to those whom they serve, but as Ronald Reagan admonished,

“Freedom is a fragile thing, and it’s never more than one generation away from extinction. It is not ours by way of inheritance; it must be fought for and defended constantly by each generation, for it comes only once to a people.”

So we continue to fight, and by the grace of God we’re winning. Consider the tremendous strides defenders of religious freedom and free speech made at the Supreme Court in just one case from this year: Kennedy v. Bremerton School District, where the Court found a public high school football coach kneeling in prayer at the 50-yard line is protected by both the Free Speech Clause and the Free Exercise Clause and is of no concern to the Establishment Clause.

That the First Amendment doubly protects religious speech is no accident. It is a natural outgrowth of the framers’ distrust of government attempts to regulate religion and suppress dissent.”

There can be no better description of the intent and importance of our First Amendment, and no higher calling for an American attorney than its protection.

In his 1984 State of the Union address, Reagan said, “I recognize we must be cautious in claiming that God is on our side, but I think it’s all right to keep asking if we’re on His side.”

Those of us fortunate enough to serve on the front lines of constitutional and cultural conflict view the law and our profession as the opportunity to assist in restoring Divine order to the chaos that began under a tree in Eden.

We must not fail.

Our confidence in victory and our hope for America’s future is bolstered when we are on the side of God and the Constitution. May it ever be so. 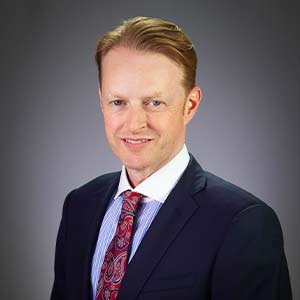