As parents know, children caught with their hands in the cookie jar often highlight their guilt with their own defense. Sometimes that involves denials: The dog did it. Sometimes that involves excuses: My sibling said I could. But when called out, the guilty frequently flail to avoid accountability. In this sense, cookie defense and constitutional litigation can share common features.

One such piece of litigation is 303 Creative v. Elenis, the upcoming Supreme Court case about Lorie Smith—a graphic artist in Colorado who wants the freedom to choose which views she promotes via her website building company.

A Colorado law, though, requires her to design, create, and then publish websites that promote same-sex marriage. But conveying a message supporting same-sex marriage would violate Lorie’s religious beliefs. So she proactively challenged the law, with help from my law firm, because it threatens to compel her speech in violation of the First Amendment.

Throughout this case, Colorado officials have defended their law as necessary to stop discrimination. They suggest that if they respect Lorie’s constitutional freedom to choose what she says, then she and every other business can refuse to serve people because of who they are.

A couple problems, though. Colorado stipulated—meaning formally conceded in court—that Lorie serves everyone and doesn’t discriminate against anyone. To be precise, Colorado stipulated that (1) Lorie is “willing to work with all people regardless of classifications such as race, creed, sexual orientation, and gender”; (2) she “gladly” serves LGBT clients; (3) she chooses her projects based on the “content” requested in her websites, not who requests those websites; (4) and every website she creates is “original” and “expressive in nature,” containing “images, words, and symbols” that “communicate a particular message.”

And Colorado agreed with all of that for good reason. It’s undeniably true. Websites convey messages. They aren’t like hamburgers or hotel rooms. And like most artists and business owners, Lorie happily serves everyone, including those who identify as LGBT. But that doesn’t mean Lorie can support every viewpoint her clients ask her to design. There are some views she can’t promote no matter who asks her to do so.

This is both common sense and common decency. In a diverse society like ours, we can’t expect, much less demand, our neighbors to support everything we believe. And the state surely shouldn’t be coercing its citizens to recant their own beliefs to support those views that officials deem orthodox.

All this presents big problems for Colorado’s Supreme Court hopes. Because Colorado is using its law to force someone who already serves everyone to speak and promote a view they won’t speak or promote for anyone, the reason for Colorado’s actions becomes obvious. Certain officials just strongly oppose Lorie’s views and will go out of their way to silence and punish her for them. Or as the lower federal court said, Colorado’s law creates “a substantial risk of excising certain ideas” like Lorie’s “from the public dialogue” because “[e]liminating such ideas” is the law’s “very purpose.”

Of course, Colorado officials can’t say that part out loud at the Supreme Court. Better to just ignore the truth and their own admissions while defending actions they never took—arguing they are just regulating sales transactions and nothing more.

This should sound familiar. When called out for hypocrisy or impropriety, some government officials try to change reality to fit their narrative.

But what works for social media, press statements, and friendly talk-shows doesn’t in constitutional litigation. As my colleagues and I at Alliance Defending Freedom detailed in our recently filed response, Colorado can’t turn websites into widgets, abandon its admissions, reconstruct reality, or rewrite the First Amendment. Yes, the government doesn’t get to coerce people to say what they don’t believe in—whether that’s about marriage or anything else. Colorado’s attempts to say otherwise just underscore the weakness of its case.

But that is the thing about being caught with your hand in the constitutional cookie jar. The subsequent flailing rarely helps you avoid legal time-out. 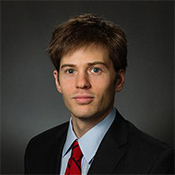