Lorie Smith is an artist who runs her own design studio, 303 Creative. She specializes in graphic and website design and loves to visually convey messages in every site she creates. Lorie left the corporate design world to start her own small business in 2012 so she could use her skills to promote causes consistent with her beliefs and close to her heart, such as supporting children with disabilities, the beauty of marriage, overseas missions, animal shelters, and veterans. She was excited to expand her portfolio to create websites that celebrate marriage between a man and a woman, but Colorado made clear she’s not welcome in that space. A Colorado law is censoring what Lorie wants to say and requiring her to create designs that violate her beliefs about marriage. Lorie enjoys working with people from all walks of life, but, like most artists, can’t promote every message. Lorie’s decisions about which projects to design are based on what message she’s being asked to express, not who requests it. After realizing that Colorado was censoring her—and seeing Colorado use this same law to punish Masterpiece Cakeshop owner Jack Phillips—Lorie challenged the law to protect her freedom and her art studio.

In July 2021, the U.S. Court of Appeals for the Tenth Circuit ruled against Lorie, holding that Colorado can force her to create websites promoting messages that contradict her beliefs about marriage. Chief Judge Tymkovich wrote a powerful dissent, calling the majority’s holding “unprecedented” and “staggering,” stating that “[t]he Constitution protects Ms. Smith from the government telling her what to say...” She appealed to the Supreme Court of the United States on September 24, 2021, and the Court granted her petition for review on February 22, 2022. Oral arguments were heard on December 5, 2022.

Why Web Design Is Art and a Freedom of Expression
December 13, 2022
Read More
Image

What kind of business is 303 Creative?

303 Creative is a design studio run by Colorado graphic artist Lorie Smith. Lorie specializes in custom graphic and website design to convey messages and promote causes close to her heart and consistent with her beliefs. She loves to promote children with disabilities, veterans, animal shelters, overseas missions, small businesses, and the beauty of marriage.

What is 303 Creative v. Elenis about?

Lorie Smith wants to expand her portfolio to include websites celebrating marriage between a man and a woman, but Colorado officials have made clear she’s not welcome in that space. Colorado officials are compelling Lorie to create custom designs and websites celebrating views of marriage that violate her deeply held beliefs, which violates Lorie’s First Amendment right to free speech. Lorie works with people from all walks of life, including those who identify as LGBT. But she cannot speak every message that is requested of her. It’s not a matter of who is requesting a project, but what message is being requested. That’s why Lorie challenged Colorado’s unjust application of the law.

In 2021, the U.S. Court of Appeals for the Tenth Circuit issued an unprecedented opinion saying that Colorado can force Lorie to speak messages that violate her beliefs. So, she appealed to the Supreme Court, and oral arguments were heard on December 5, 2022.

Who is Aubrey Elenis?

Aubrey Elenis is the Director of the Colorado Civil Rights Division, which is charged with enforcing Colorado’s law that violates Lorie’s right to free speech.

Where is 303 Creative located?

303 Creative is based in the Denver metro area. The “303” in its name is the original area code for the Denver area.

How is this case different from the Masterpiece Cakeshop case?

In Masterpiece, the Supreme Court ruled 7-2 in favor of Jack Phillips that the Colorado Civil Rights Commission had violated the Free Exercise Clause. Because the Commission acted with such clear impermissible hostility toward Jack and his faith, the Court did not address the free speech claim. Now, in 303 Creative, the Court has taken up the question of whether applying a public-accommodation law to compel an artist to speak or stay silent violates the Free Speech Clause of the First Amendment.

What is the significance of this case?

Across the nation, Alliance Defending Freedom is representing numerous other artists just like Lorie, who serve everyone, including those who identify as LGBT, but always ensure that the messages they create are consistent with their beliefs. At stake in these cases is whether the government can compel artists to speak messages they disagree with or censor them from speaking messages they want to speak. Some of these artists face six figure fines and even jail time for simply seeking to say what they believe. A win for Lorie is a win for the free speech rights of every artist and every American. 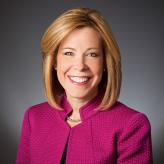 Kristen K. Waggoner
CEO, President, and General Counsel
As the CEO, president, and general counsel of Alliance Defending Freedom, Kristen Waggoner leads the faith-based legal organization in protecting fundamental freedoms and promoting the inherent dignity of all people throughout the U.S. and around the world.
View Profile
Image 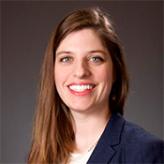 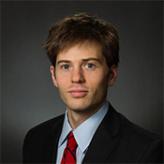 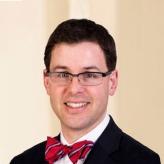