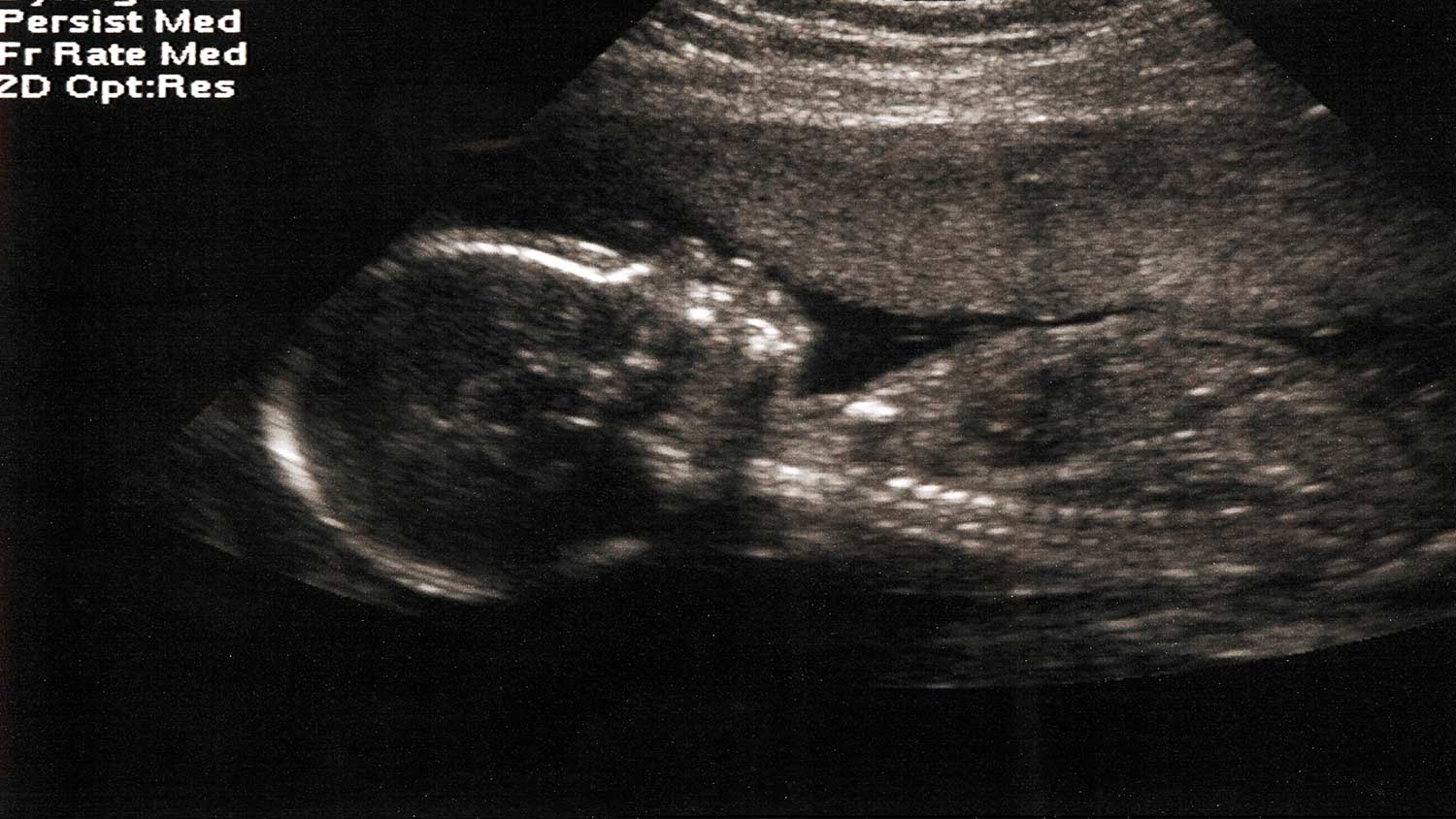 The day that New York passed one of the most extreme abortion laws in the U.S was the day I had my 3D ultrasound.

I had spent the morning gazing at the face of my precious boy. His fingers and toes are perfectly formed. His dad is certain that, although he has my nose, he still looks more like daddy. As cute as he is, my momma’s heart cared about one thing: He’s healthy; I’m healthy.

Then I saw the video. I’m talking about the now-viral video of the New York Senate chamber erupting in cheers after passing a law that expands the availability of late-term abortions. A Texas Catholic bishop described it as a “scene from Hell.” I can’t help but agree with him, but you be the judge:

This is the sound from the NY Senate chamber after the 38-24 vote to:

- Add abortion to the NY Constitution

All I could think in that moment was, “I dare one of these cheering lawmakers to look at the face of my son in my womb and deny his humanity—his life.”

I was not alone in my sentiments. Many have recoiled in disgust, horror, and grief at the callous celebration. Even doctors, including my own now-retired OB-GYN, took to social media to call out the evil. It’s bad enough that abortion at any stage ends a life, but what could possess anyone to wildly cheer the killing of children who can survive outside of the womb?

But just when we collectively think it can’t possibly get any worse—we see just how extreme the pro-abortion lobby is in this country.

In Virginia, House of Delegates member Kathy Tran (D-Fairfax) has introduced a bill that would allow abortion through the 40th week of pregnancy. That’s not a typo—if the Virginia law is passed, abortion would be legal up until the very second that the child is born.

Take a minute to watch the video and see how casually this lawmaker talks about committing abortions on women who are in the middle of labor—it’s absolutely horrific.

Heartbreaking... This isn't in New York, this isn't in California, this happened just this week right here in Virginia. @VAHouseDems proposed legislation to provide abortions up to just seconds before that precious child takes their first breath. Watch for yourself. pic.twitter.com/AxgPVyI6kU

But if you think Ms. Tran is alone in her efforts, you would be wrong. She already has the support of multiple lawmakers in her state.

In fact, just this morning, Virginia Governor Ralph Northam went on a local radio show--WTOP's “Ask the Governor” and seemed to advocate for infanticide.

VA gov on abortion this morning:

But surely he doesn’t know what he’s talking about, right? Surely, he’s mistaken. Surely, no physician would ever talk about killing children who have been born. Right? Right?!

That’s right. Here we have a man—a doctor no less—talking about only resuscitating born-alive children if that’s what the mother and father want. Even worse, he makes it seem as if it’s up for debate whether those now-living, breathing human beings should be allowed to continue to live or be put to death.

So much for the 14th Amendment, right?

But Virginia and New York are not the only states in desperate need of our prayers right now.

Not to be outdone, Democratic lawmakers in Vermont, New Mexico, and Rhode Island have echoed calls to codify abortion into their state laws.

But perhaps these lawmakers should’ve checked with their constituents (and I don’t mean their mega donors from the abortion lobby) before taking such extreme measures.

A Marist Study released this month shows that 75 percent of U.S. adults oppose abortion after the first three months of pregnancy. Seventy-five percent! And that percentage gets even higher as a woman enters the third trimester. (Sadly, they did not ask people their thoughts on abortion while the mother is dilating and about to give birth.)

Pro-abortion lawmakers may be patting themselves on the back, but it’s becoming quite clear—America is united—and it’s not behind those lawmakers and their gross disregard for human life.

“Woe to those who call evil good and good evil.”

Marissa Mayer is an Arizona native who fell in love with the written word at a young age.