Skip to content
Image
Update: June 27, 2022 - The U.S. Supreme Court ruled in Kennedy v. Bremerton School District that Coach Kennedy's personal prayer of gratitude at the end of a football game is protected under the First Amendment both as religious exercise and as private speech. Read the press release here.

Can a public school punish an employee for making a silent, private prayer on the job? The question may sound absurd, but it’s what’s at stake in Kennedy v. Bremerton School District, which the U.S. Supreme Court heard on April 25.

Football coach Joe Kennedy has a habit of praying after games. Win or lose, he takes a knee at the 50-yard line to privately thank God for his players, what they have accomplished, and the opportunity he has to be involved in their lives.

From 2008 to 2015, Coach Kennedy served as an assistant coach on the varsity football team and head coach on the JV team at Bremerton High School in western Washington. On the field, his prayers typically lasted less than 30 seconds. He usually prayed alone. Coach Kennedy didn’t ask for players to join him, but when some of them asked if they could, he told them, “This is a free country. You can do what you want.”

But in September 2015, Bremerton High School focused on Coach Kennedy’s practice of prayer after an employee at another school brought it up. Concerned that the prayer could be violating the First Amendment’s Establishment Clause, Bremerton advised Coach Kennedy that he could “engage in religious activity, including prayer, so long as it does not interfere with job responsibilities,” the activity is “physically separate from any student activity, and students [are] not … allowed to join such activity.”

So, Coach Kennedy complied. After the team’s next game, he simply offered his players a nonreligious motivational talk and didn’t pray on the field at all.

On his way home, the coach had a change of heart. He was upset that he had given up his private moment of prayer and thanksgiving just because of pressure from the school. Coach Kennedy turned around, drove back to the stadium, entered the now-empty facility, and knelt once more at mid-field.

At the following game, Coach Kennedy resumed his practice of prayer. This time, he made sure to avoid any possible perception that his religious exercise represented the school district. He waited until his players began walking toward the stands to take a moment to kneel, ensuring that his prayer would be “physically separate” from the students. He didn’t ask anyone to join him, and he didn’t know that anyone would. But many did. Voluntarily and on their own.

While Coach Kennedy had meticulously followed the district’s directives that his religious exercise “not interfere with performance of his job duties,” that wasn’t enough for the school district.

The district insisted that Coach Kennedy’s prayer was still unacceptable. In a letter, the district announced a ban on “demonstrative religious activity, readily observable to (if not intended to be observed by) students and the attending public” and told the coach he could instead pray in a “private location within the school building, athletic facility[,] or press box.”

This meant that Coach Kennedy could not even say a private, silent prayer before eating lunch in the cafeteria. If he wanted to pray, he had to go to a janitor’s closet or some other place where no one could see him.

In other words, he would have to treat prayer as an illicit activity, something that could be done only behind closed doors. That was not an option.

After his team’s next game, Coach Kennedy once again kneeled at the 50-yard line. Two days later, he was placed on administrative leave. At the end of the year, he was given—for the first time ever—a poor performance evaluation. He did not return for the following school year.

Coach Kennedy then sued the school district, alleging it had violated his First Amendment rights to free speech and free exercise of religion. In addition, the coach’s lawyers asked a federal district court to allow him to continue coaching while the case proceeded in court. While lower courts ruled against Coach Kennedy, the U.S. Supreme Court agreed to hear his case in January 2022.

What questions is the Supreme Court addressing in Coach Kennedy’s case?

The Supreme Court is taking on two questions:

The answer to the first question is a resounding yes.

So, was Coach Kennedy speaking pursuant to his official duties? Let’s review the facts.

In its ruling against Coach Kennedy, the Ninth Circuit opined that his “expression on the field—a location that he only had access to because of his employment—during a time when he was generally tasked with communicating with students, was speech as a government employee.” But the mere facts of Coach Kennedy’s status as a coach and presence on campus do not make his speech unprotected. If that were the case, then virtually any expression of religious belief could be construed as unconstitutional. Rather, the question to ask is whether the coach spoke while “perform[ing] the tasks he was paid to perform.”

Coach Kennedy didn’t pray with his players during timeout huddles or teach Bible lessons during warm-up drills; he simply prayed a personal prayer, without inviting others, only after the games were over. His actions were no more “pursuant to … official duties” than a prayer before lunch in the school cafeteria would be.

What of the second question? Can Bremerton School District silence Coach Kennedy to avoid violating the Establishment Clause?

In the 2014 case McCullen v. Coakley, which Alliance Defending Freedom filed and helped fund, the Supreme Court ruled that when speech is protected, restrictions on it “must be the least restrictive means of achieving a compelling state interest.” Bremerton School District’s accommodations for Coach Kennedy—the opportunity to pray inside in private—came nowhere close to meeting that standard.

For Coach Kennedy to follow the school district’s guidelines, he would have had to walk back to the school building or around the field and into the press box to pray. And those were just the accommodations for home games. The district did not even address how his prayer could be accommodated when his team was on the road. The limitations placed on Coach Kennedy’s speech were far from the “least restrictive means” the school district could have chosen.

What could the Supreme Court’s ruling in Coach Kennedy’s case mean for religious freedom?

If the Supreme Court were to rule that Coach Kennedy’s prayers amounted to the high school unconstitutionally “establishing a religion,” it would significantly weaken protections for people of faith who work for the government.

If the government can stifle the prayers of a high school coach when he is not even engaged in official duties, what other forms of expression can it suppress? If a silent prayer after a football game is off-limits, what other speech is?

As Coach Kennedy’s attorneys wrote in their brief to the Supreme Court, “If the only acceptable role models are coaches and teachers that never engage in any visible religious expression, then something has gone seriously awry.”

Indeed, at stake in this case is nothing less than the First Amendment’s guarantee of the free exercise of religion. In stifling Coach Kennedy’s religious expression, Bremerton School District trampled his rights. Now, the nation’s highest court has a chance to right that wrong. 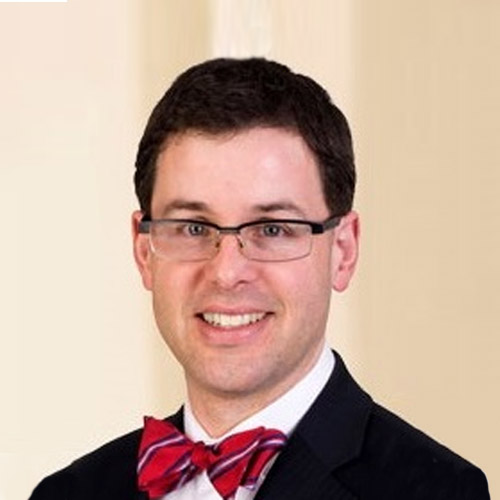