Remember the Professor Who Erased Pro-Life Messages on Campus? Here’s How His Actions Backfired

It has been almost two years since Fresno State Professor Greg Thatcher recruited students out of his classroom to help him wipe away university-approved pro-life chalk messages written by my student group, Students for Life at Fresno State.

All of this was caught on video.

Shortly after this incident, in May 2017, Alliance Defending Freedom filed a lawsuit on our behalf to defend our First Amendment rights. And a few months later, we won the case.

As part of a settlement agreement, the court ordered Thatcher never to interfere with Students for Life at Fresno State’s activities again. On top of that, he was responsible for almost $26,000 in attorney fees, $2,000 to myself and another student club officer, and was required to attend a free speech training given by ADF attorney Travis C. Barham.

At the time, I did not realize how much of an effect this event would have on us. But looking back, it could not have come at a better time.

Up until that point, our group had struggled with low membership, as we had only three or four active members. When we put up fliers on campus, they were repeatedly torn down and defaced. This run-in with Professor Thatcher? That’s how we finished off an already-disheartening year.

Needless to say, we were discouraged in our on-campus fight to end abortion.

But what Professor Thatcher meant for harm, God used for good.

Within hours, the video reached hundreds of thousands of views, gained national media attention, and prompted individuals on both sides of the abortion issue to discuss free speech for weeks online and on other various platforms.

Since our victory, Students for Life at Fresno State has grown to over 25 active members and become increasingly involved on campus, in the community, and even at the California Capitol. This past January, Students for Life of America even named us the “College Group of the Year.”

And personally, I have been able to use my experiences to help enhance my group, fight against pro-abortion legislation targeting college students in California, understand our rights as a pro-life student group on campus, and grow in my faith.

I also learned this important lesson:

If it were not for this right, we never would have met Jess, a student at Fresno State. Jess visited an information table we held outside on campus, where we passed out 12-week fetal models showing that each child at that stage has arms, legs, fingers, toes, and all the facial features of any human being. Jess took one of these models with her and displayed it on her rearview mirror.

Soon after, she found herself faced with an unplanned pregnancy.

Frantic about financial instability and feeling unready for motherhood, Jess sought out her options at a Planned Parenthood, where a counselor tried to convince her that abortion was her only option. While driving in her car one day, however, the fetal model caught her eye. The model helped her to humanize the baby in her womb, and after speaking with her boyfriend, she decided to choose life.

A few months later, she gave birth to baby Eden. 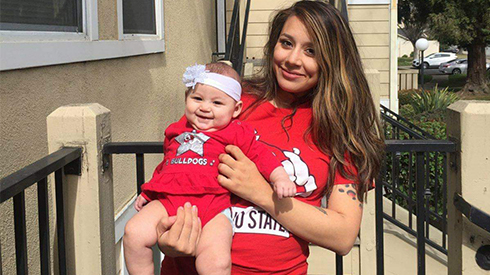 That same semester, she earned a 4.0 GPA and reconnected with our group. She is now a co-vice president of Students for Life at Fresno State and is dedicated to helping other pregnant students choose life.

Jess is one of many pregnant and parenting students across America who are targeted by the abortion industry. They are told they can’t have a baby and go to school – that they won’t reach their full potential as a mother. But Jess is proof that isn’t true.

Thanks to ADF, we are now free to speak that message on campus, offering hope and help to pregnant and parenting students. Thanks to Professor Thatcher, we are now stronger and better equipped to face the challenges that greet us as we advocate for life on campus and beyond. And thanks to the way God works all things for good, at least one mom chose life, and at least one life was saved. 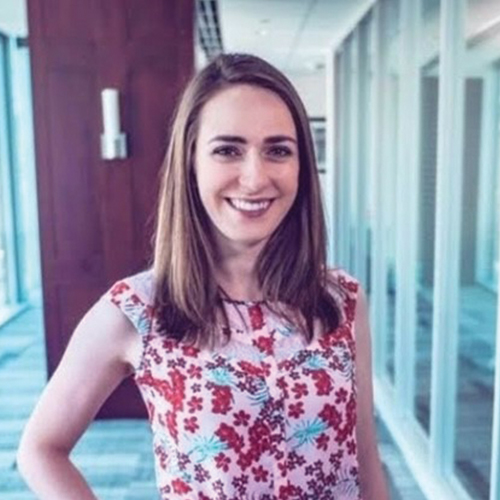 Even when we disagree, we need to support the right of others to live and work consistently with their beliefs without fear of losing their job.