Idaho Representative Barbara Ehardt watched with concern as athletic organizations both nationally and internationally began changing the rules—allowing male athletes who identify as female to compete with women and girls.

Then, she saw the news out of Connecticut.

There, two male athletes who identify as female have been permitted to compete in girls’ high school track competitions. And they are dominating. In the past three years, these two male athletes have taken more than 85 opportunities to advance to the next level of competition from female athletes. They have also won 15 championship titles that previously belonged to nine different girls. 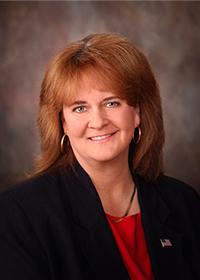 As a former NCAA Division I basketball player and coach, Rep. Ehardt knew she had to do something.

That’s why she was the primary sponsor of the Fairness for Women in Sports Act, which Idaho Governor Brad Little signed into law on March 30. Idaho was the first state to pass legislation that protects equal opportunities for women and girls in sports.

I sat down with Rep. Ehardt to talk about the Fairness for Women in Sports Act, what it does, why it is needed, and what it means to her personally. Here’s what she had to say.

Could you first explain what the Fairness for Women in Sports Act is and what it does?

The Fairness for Women in Sports Act is commonsense legislation that protects equal opportunities for girls and women in sports. It ensures that only biological females are competing in the sports designated for girls and women. That’s it. It’s very straightforward.

Yet, there is a false narrative about what this law does. Some have tried to claim that it “bans” some athletes from competing. But that is simply not true. Under the act, every athlete is free to compete—either on the teams that match their biological sex or on teams designated as co-ed.

What feedback have you received regarding this law? What have you heard from your constituents, colleagues, and others?

In general, the feedback has been positive. People overwhelmingly agree that the Fairness for Women in Sports Act is common sense—boys should not be competing against girls. Many have expressed how sad it is that this even needs to be clarified.

And it’s not just people from one side of the political aisle who think this.

It’s been fascinating and encouraging to see how this issue has united groups from a wide variety of political backgrounds—both liberals and conservatives. And that’s because we can all recognize that our distinct nature as women matters. You cannot redefine what a woman is. Women have inherent value to society because of who we are and how we were made. And we should not be diminished or brushed aside.

How does your history in athletics inform the need for a law like this?

And that experience puts me in a great position to help shed a different light on why this issue is so important. I know firsthand that women and girls cannot compete against the proven physical advantages of males.

When I was growing up, I would go down to the local rec center and play pick-up basketball with the guys. Sure, I had good days where I even scored a lot. But that wasn’t the norm. And I certainly couldn’t keep up with the male college athletes that would come play. I physically could not guard them. Instead, I would guard the older or less talented men on the court.

When I was coaching collegiately, we would recruit guys from the intramural teams to train and be the practice squad against whom our women’s team would compete. These weren’t the guys who were cut from the men’s team—half of them hadn’t even played basketball in high school. They were just guys who were good at basketball and were able to help push our team to get better. But we constantly had to remind them that they needed to hold back—that they could not play so physical, run so fast, or block every single shot that our women took. These guys were not highly trained. Still, our highly trained women could not compete.

This is not made up. Real-life experience tells me without a doubt that males have a physical advantage over females, which is why we need to protect the equal athletic opportunities of women and girls.

What does Title IX mean to you as a former athlete and coach?

I was born in the 1960s, which meant that, as a woman, my opportunities were very limited. When people asked what I wanted to do when I grew up, and I responded that I wanted to play sports, I was told: “Girls don’t do that.”

I was eight years old when Title IX was passed in 1972. I didn’t understand at the time just how much that benefited my life. Because of Title IX, I was able to play basketball in junior high and high school, and I went on to earn a scholarship to play basketball in college. I then spent 15 years of my life coaching Division I basketball at four different universities.

How would your athletic experience in college have been different if you had been forced to compete against men who identify as women?

There is no doubt in my mind that if I had been forced to compete against males, I would not have made the team. If there had been 15 biological males trying out for the women’s team, I don’t think any of my teammates would have made the cut. And even if only one male was allowed on the team, it would have impacted playing time and even safety for the female players.

Growing up, I was driven by the desire to compete at the next level, and I spent a lot of time training to do just that. But if that opportunity—what was supposed to be a female opportunity—was taken by a male, that would have crushed me and further confirmed that which I was being told at the time: It was a “man’s” world.

What is one thing you want people know about the Fairness for Women in Sports Act?

Some have criticized the act saying that there is no reason for it—that this is not an issue in Idaho. But the testimony we heard on this legislation proves that isn’t true. Time and again, we heard testimony of those who either knew of or had a biological male child that wanted to play sports on female teams.

This will be an issue soon. And not just in Idaho, but in states across the country. It’s already going on next door in Montana. That’s why we needed to take action right now.

Our schools and communities are not prepared to individually handle this issue as it begins to pop up throughout the state. It would tear them apart. That is why it was incredibly important that we, as the Idaho legislature, took a stand on protecting opportunities for girls and women and clarified that boys and men don’t belong in women’s sports.

I know firsthand that girls and women cannot compete against the inherent physiological and scientifically proven advantages that boys and men possess, regardless of hormone usage. And if we do not begin to take measures to protect girls and women in sports everywhere, then we will see these opportunities and our history of achievements erased by male athletes.

Every Supreme Court decision has consequences.

Psychotherapist Dr. Dovid Schwartz never expected the government to step in and tell him what conversations were off limits with his adult patients. But that is exactly what he faced in New York City.

Supreme Court Wrap Up: How Did Religious Liberty Do This Term?

People of faith have much to celebrate and many reasons for hope.