Oregon Law Providing Free Abortions for All Is Profoundly Anti-Woman

The State of Oregon recently passed a law requiring insurance companies to provide full coverage for all abortions, for any reason, up until the day of delivery. Oregon has long allowed abortions through all nine months of pregnancy.

The law, the Oregon Reproductive Health Equity Act, will require coverage of all abortions, including abortions due to Down syndrome and aborting a twin in order to have only one child—all on the taxpayer’s dime.

As if that weren’t troubling enough, this law—which claims to provide women “equity,” presumably with men—is inherently anti-feminist.

That is, the law allows free abortions based on the sex of the baby.

Sex-selective abortions disproportionately affect baby girls in the womb. Sex discrimination in the form of selective abortion has resulted in millions of missing girls throughout the world. Even though polls have shown that a majority of Americans would be in favor of banning sex-selective abortions, the practice still occurs in the United States and is deeply engrained in some cultural traditions.

Allowing for free abortions of baby girls will result in less women in the world that would otherwise be born. Imagine this world without women like Susan B. Anthony, Rosa Parks, Florence Nightingale, Sally Ride, Marie Curie, or Sandra Day O’Connor. With every abortion of a little girl, we are depriving this world of a unique human being who may change the course of history. I can’t think of anything more anti-feminist than that.

Equally troublesome is that the Reproductive Health Equity Act claims to promote “equity” by allowing women to behave more like men—namely, as if women existed without wombs. The idea behind this type of “equity” is that women can compete on equal terms as men only if they become more like men. This is not equity.

In order to achieve equity, women must be respected and valued for their unique contributions as women.

This includes respecting women for their ability to have children, if they so choose, and to not penalize women who do so. Women should be accepted as women, which includes their unique ability to bear children.

These issues are particularly important to me because I am currently expecting my first child, a little girl. I cannot bear the thought of a little girl being subject to an abortion simply because she is a girl. My daughter may, by all accounts, lead a very ordinary life. But she also has the potential to be extraordinary, and to change the world for the better. Even if she never leads a civil rights movement, becomes a Supreme Court justice, or makes an important scientific discovery, it is not my choice to deprive her of those opportunities by refusing her the opportunity to live. It should not be anyone’s choice to decide if someone else will live.

Likewise, I want my daughter to grow up in a world where women are seen as equal to men, based on their specific and unique virtues as women, and not based on the male ideal. I want her to value her feminine characteristics. This includes the ability to bear children, a very special and unique aspect of womanhood. I want her to know that she is just as valuable as a man.  Basing “equality” on the male ideal, as the Oregon law does, undermines the notion of womanhood itself.

Stay up to date on the latest issues regarding the sanctity of life by signing up for our newsletter. 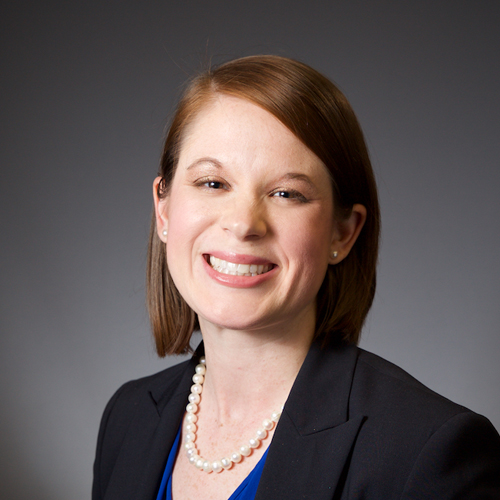 Elissa Graves serves as legal counsel with Alliance Defending Freedom, where she is a key member of the Center for Life.

"Worth It": A Conversation With the Director

"I wanted to show how rewarding choosing life can be while acknowledging the real-life struggle and pain for the mother."

A Rally for Life: How the Pro-life Movement Spans Boundaries

Dobbs v. Jackson Women’s Health Organization will provide the best opportunity in a generation to overturn Roe and Casey.

How Kathy Sparks' Tragic History Motivates Her to Fight For Life