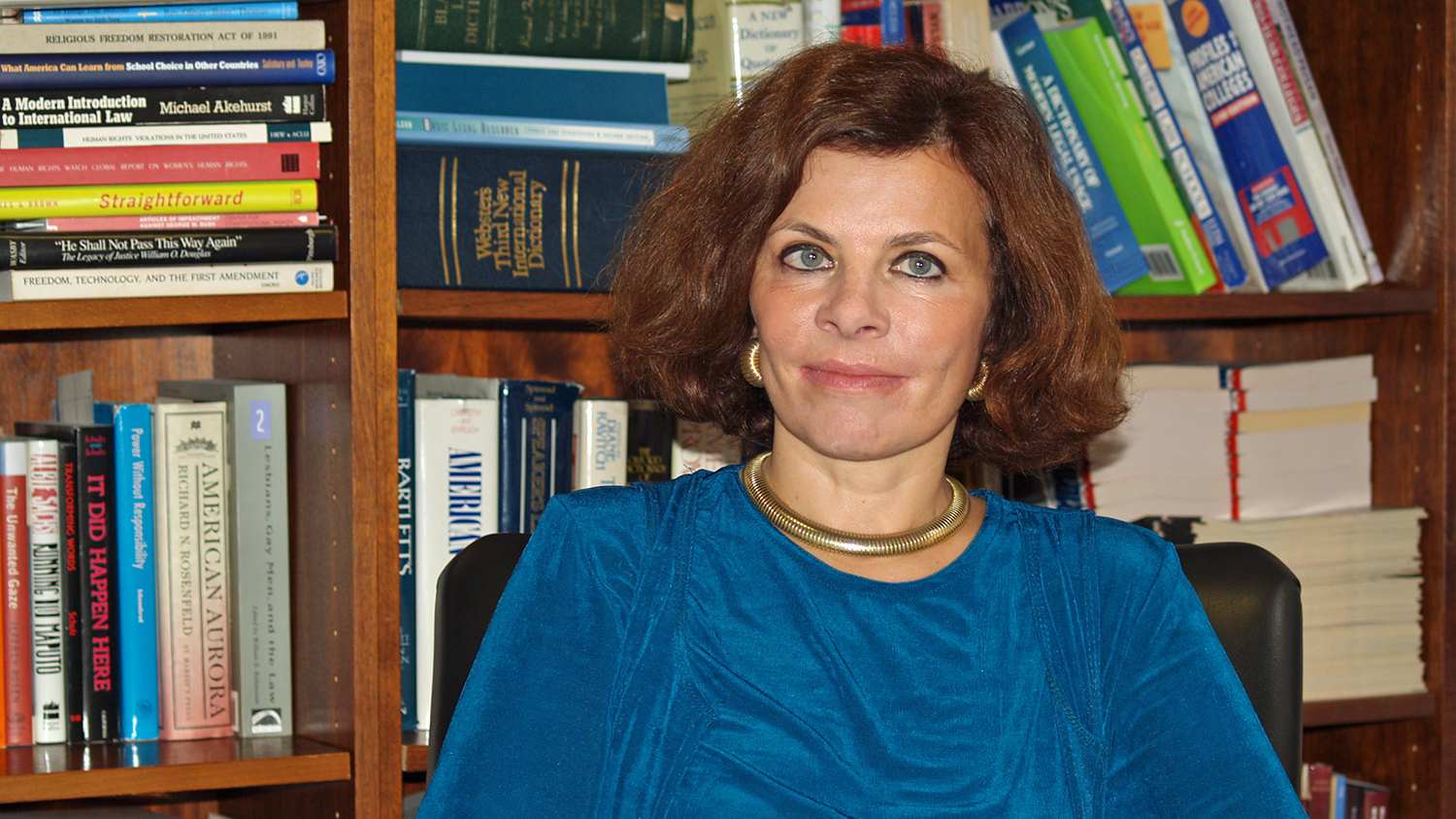 It’s no secret that ADF often finds itself on the opposite side of the courtroom from the American Civil Liberties Union – better known as the ACLU.

In case you need a refresher: The ACLU is suing Washington florist Barronelle Stutzman because she declined to design custom floral arrangements for the same-sex wedding of a longtime customer – due to her religious beliefs about marriage. It has sued Catholic hospitals in an attempt to force them to provide abortions. And the ACLU has sued school districts in order to open up showers, restrooms, and locker rooms to members of the opposite sex.

In other words, ADF and the ACLU don’t see eye to eye on much.

So, you might expect the ACLU to hop on board with organizations such as the Southern Poverty Law Center (SPLC), which has labeled ADF a “hate group” simply because it disagrees with our viewpoints. As a result, this label has been picked up and parroted by other organizations who are looking to smear ADF for holding biblical views on marriage and sexuality – views that millions of people across the world hold.

We’ve seen Amazon kick ADF out of the AmazonSmile program because of this false label. We’ve seen Citizens for Transparency put up a billboard in Times Square mischaracterizing who we are. And, most recently, we’ve seen the Secular Coalition for Arizona take up a campaign against ADF for participating in a state specialty license plate program that promotes our national motto, “In God We Trust.”

But former ACLU President Nadine Strossen had a different perspective.

As the former President of the American Civil Liberties Union, I have been on the opposite side from Alliance Defending Freedom on many important issues, including issues of LGBT rights. Indeed, the ACLU and ADF represented the opposing parties in the significant recent Masterpiece Cake Shop case, decided by the US Supreme Court in 2018 (the ACLU represented the gay couple seeking to purchase a wedding cake, and ADF represented the baker who declined to provide it to them due to his religious objections to same-sex marriage). Yet the ACLU and ADF also share important common ground on the crucial issue of free speech, and we have collaborated in defending this treasured liberty. We agree that all of us should combat all ideas, even those we consider hateful or hated, not with censorship, but with more speech. Indeed, we regularly counter some of each others’ ideas in just this way.

An organization whose overall work I admire and support, the Southern Poverty Law Center, has labeled ADF a “hate group.” I respectfully dissent from this label. While I of course enthusiastically support the right to strongly condemn any ideas, including particular ideas that ADF advocates, I oppose such a condemnatory blanket classification, because of its stifling impact; it suppresses conversations we need to have and voices that should be heard. For the same reason, I have opposed efforts by government officials and other critics of the Black Lives Matter movement to designate BLM as a hate group, including efforts to have SPLC designate it as such. I should note my parallel dissent from conclusory, reductive, stigmatizing labels that some SPLC critics hurl at it.

At this time of great polarization, it is advantageous for every cause to work with individuals or groups when specific shared goals can be more effectively advanced through such alliances, even if we work against each others’ goals on other issues. Such selective collaboration is also positive on a personal level, because it gives us the opportunity to diversify our human relationships. Just as it is life-enhancing to interact meaningfully with people of diverse identities, the same positive benefit flows from meaningful interactions with people who have divergent ideas and beliefs.

While Strossen opposes ADF on many issues, she recognizes that our society is better off when we allow a broad range of ideas and viewpoints to be heard – rather than silencing the viewpoints we don’t like.

ADF strives to cultivate a society defined by respect and tolerance for different views, the free exchange of ideas, and robust debate. ADF’s work contributes to such a society, by protecting the freedoms of speech, religion, and conscience of all Americans.

And ADF has done that work at the highest levels. ADF is a respected U.S. Supreme Court advocate that has won nine cases at the High Court since 2011. In 2018, Empirical SCOTUS ranked ADF first among “the top performing firms” litigating First Amendment cases in its Supreme Court All-Stars 2013-2017 list.

We don’t expect everyone to agree with all our work. The ACLU certainly doesn’t.

But we do expect the freedoms guaranteed to us by our Constitution to be honored – not just for us, but for all Americans.

Read what others are saying about ADF