Can you imagine living in a place where the government classified every citizen according to his or her beliefs and, then allocated different benefits to each citizen based on these beliefs?

For students at Montclair State University, that wasn’t a hypothetical question.

All students at MSU pay an equal fee as part of their tuition to help fund student groups and activities. But what happened to the money after it was collected was anything but equal.

The MSU student government maintained an explicit “class” system for distributing money to student groups based on their seniority and political viewpoints. Groups with a higher classification received access to plentiful funding and quick administrative help. Lower groups had to wade through a bureaucratic minefield to get even minimal funding.

In addition to the class system, the University also had oppressive policies prohibiting students from speaking on campus. Young Americans for Liberty (YAL) discovered this the hard way when they attempted to hold an event peacefully demonstrating their political views. The libertarian students donned silly outfits and quietly held up signs to communicate simple messages on second amendment rights.

Before long, campus police arrived and ordered the students to leave. They said protests were only allowed with advance permission. Montclair required all public demonstrations to be approved through the school administration, a body that had complete veto power over the content of students’ speech.

Without this authoritarian bureaucracy's permission, the “permit to speak” would be withheld and the peaceful demonstrators would be silenced.

What Montclair officials had forgotten was that the U.S. Constitution doesn’t cease to apply when students step onto a college campus.

By limiting peaceful expression to whatever was approved in advance, the university was flagrantly violating the First Amendment of the Constitution which guarantees free speech to all Americans.

When ADF examined the situation, they found that not only did MSU unconstitutionally restrict YAL’s speech, but the university maintained several unconstitutional policies that threatened everyone on campus.

In addition to the unconstitutional class system and free-speech restrictions, the university maintained a Bias Education Response Task Force set up to identify, surveil, and punish instances of “bias.” But their definition of “bias” explicitly included speech on important social and political issues and was so broad and vague that administrators could enforce it arbitrarily against disfavored groups. Members of YAL and other conservative groups were rightly afraid they could be forced into reeducation seminars or even expelled for daring to voice their views.

In response to the multiple constitutional violations at Montclair, ADF filed a federal lawsuit to end the school’s discriminatory and restrictive policies.

Now, we have successfully settled that suit.

In response to the lawsuit, Montclair has abolished the class system within the student government , disbanded their bias response task force, and ended their unconstitutional restrictions on speech.

All this is thanks to the brave students in Young Americans for Liberty who stood up for their rights.

While it’s a bold move to sue one’s own school, lawsuits like this are vital not just to bring justice to campus today but to preserve freedom in America tomorrow.

Our democracy will not endure if we train the next generation of leaders to censor and oppress those with differing beliefs. Because YAL’s students took a stand, their fellow students at Montclair State University are learning a better lesson—the ability to disagree on issues without threatening retribution. 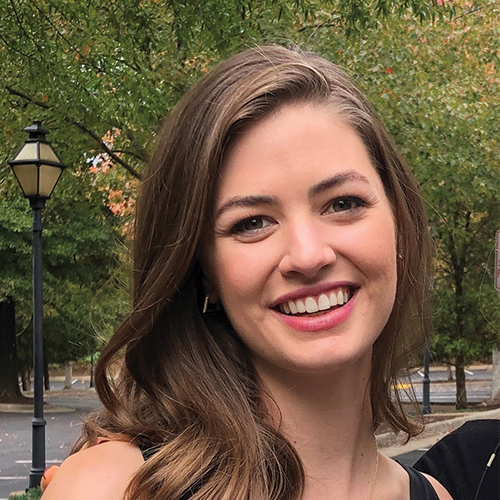 Savannah Husmann is the Marketing Manager for the ADF Center for Academic Freedom.