Colorado cake artist Jack Phillips sits at the center of a U.S. Supreme Court case that could have profound implications for religious and artistic freedom in our country.

When Jack politely declined to design a custom cake for a same-sex wedding – an event that contradicts his faith – it was no different than when he declined to design a cake disparaging the LGBT community or a cake celebrating a divorce or a Halloween cake. Jack offered to sell the couple anything else in his store or create a cake for a different event. This is because Jack serves everyone, but he cannot express every message or help celebrate every event. As a result of Jack’s decision, the couple sued him.

But a victory – or a loss – hits even closer to home for seven ADF clients in five different cases: 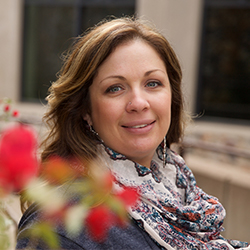 What: A Colorado law, the same law being used to punish Jack, prevents Lorie from operating her business according to her faith. If Lorie designs custom websites celebrating a wedding between one man and one woman, the law also requires her to design custom websites celebrating same-sex weddings – regardless of whether that event violates her faith. Lorie is challenging this law in court. 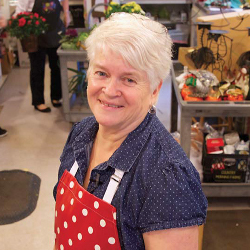 What: The State of Washington is suing Barronelle in both her professional and personal capacity after she declined to design custom floral arrangements for the same-sex wedding of one of her longtime customers. Barronelle could not use her artistic talents to participate in an event that violated her faith. Five years later, her case is pending before the Supreme Court, and it is likely being held while the Court considers Jack Phillips’ case. 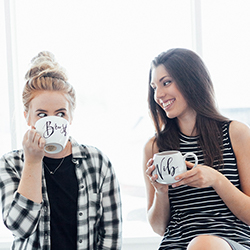 What: In 2015, Breanna and Joanna opened their custom art studio. However, they found out that a Phoenix ordinance requires them to design artwork celebrating same-sex weddings if they do so for weddings between one man and one woman. The law also prohibits them from explaining their beliefs on their website, at the risk of fines and even jail time. They are challenging this law to protect their freedom to run their business consistently with their faith. 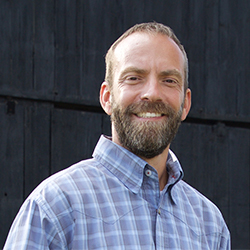 What: When the Gay and Lesbian Services Organization asked Blaine to print shirts promoting the local pride festival, Blaine politely declined but offered to refer them to another shop. Because of that, he was sued. Blaine won at the state appeals court, which ruled that the government could not force him to print messages that violate his faith. The Kentucky Supreme Court has now agreed to hear the case, where support for Blaine has been overwhelming – 10 states as well as Kentucky’s governor are among the many that have filed friend-of-the-court briefs on Blaine’s behalf. 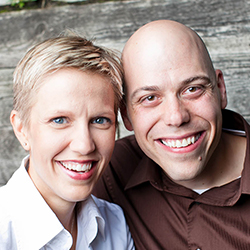 What: Telescope Media Group exists to tell great stories through film that glorify God. Carl and Angel feel called to start telling stories showing the goodness of marriage as God intended it. As they made plans to enter the wedding industry, however, they discovered that Minnesota is interpreting a state law to mean that if the Larsens tell stories about marriage that are consistent with their religious beliefs, they must tell marriage stories that violate their religious beliefs as well. Carl and Angel are challenging this law, and many others are standing behind them. Ten states have filed an amicus brief on their behalf at the U.S. Court of Appeals for the Eighth Circuit, and a group of legal scholars has supported them as well.

Our clients simply want the freedom to express the messages and celebrate the events they choose, without fear of government punishment. Each one of our clients serve everyone, but they cannot use their artistic talents to celebrate every event.

If the Supreme Court rules to protect Jack’s artistic and religious freedom, these other clients could also benefit from the ruling. And if these artists have that freedom, so do the rest of us.

That’s something we should all be able to get behind.

Want to know when the Supreme Court rules in Jack’s case? Get an update from the attorneys working on the case when it happens.

Send Me an Update