These days they're spending more money than ever to put pro-abortion politicians in office with the hopes of protecting the $500 million they receive every year in federal funding. They've had to ramp up efforts thanks to the abortion giant's growing number of scandals—including alleged misuse of taxpayer funds, baby part sales, and violating the privacy of women who come into their clinics for an abortion in order to increase their profits. 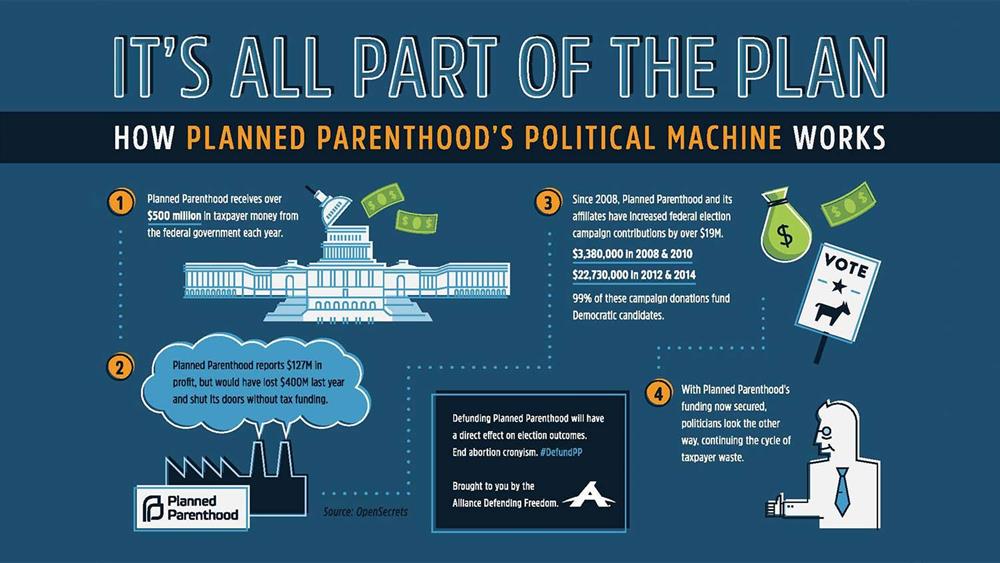 A recent article on ThinkProgress titled, "As It Prepares for War, Planned Parenthood Is Training a Political Army," highlighted some steps that Planned Parenthood is taking during this election season to protect their empire. Here is an excerpt:

"Planned Parenthood president Cecile Richards told ThinkProgress that her organization plans to spend at least $20 million to help win key Senate races and the presidency this November. While some of that money will go toward paid media like radio and television ads, a large portion is going toward building a grassroots army that can help elect Hillary Clinton to the White House (emphasis added)."

Since 2008, Planned Parenthood and its affiliates have increased federal election campaign contributions by over $19 million. Clearly the lengths the organization will go to in order to protect its abortion gold mine (the organization regularly reported profits above $100 million before the #PPSellsBabyParts scandal) are nothing short of extreme.

A recent example is the US House of Representatives Energy and Commerce Committee Select Investigative Panel, which is reviewing Planned Parenthood's role in the sale of aborted baby parts. Mollie Hemingway wrote a fascinating expose for The Federalist on "How the Abortion Industry Bought Off the Top Democratic Leader Investigating Planned Parenthood."

"[Rep. Jan] Schakowsky [D-IL] is just one of the handpicked Democratic members on the House panel who is supposed to investigate the legality of trafficking organs from aborted human   babies," notes Hemingway. "Her conflicts of interest include her family financially benefiting from messaging and campaign coordination projects for some of the groups under investigation, receiving copious campaign contributions from those same groups, and having a donor serve as a witness without disclosing their close relationship."

While not surprising, this is just clear evidence that abortion cronyism is a big part of how Planned Parenthood works to sustain its moneymaking abortion machine. And the same can be said of their legislative efforts.

Planned Parenthood has been outspoken against Texas' pro-women law, HB2, which is a common sense measure to improve health and safety at abortion facilities, and prevent more devastating Kermit Gosnell-esque savagery. In essence, they are opposing a law that is meant to make abortion safer for women.

Let’s hope that when the Supreme Court hands down its decision in the case involving the law—Whole Woman's Health v. Hellerstedt—sometime in the next few weeks, they'll see these protests by abortion activists for what they are: an attempt to protect the bank of Big Abortion.

For years, Planned Parenthood has worked to convince the American public that they are more concerned with "women's health" than profit, and that ending a child's life in the womb is simply "reproductive healthcare." But for all of their deceitful marketing and shady political dealings, they can't hide the fact that they've built a billion-dollar empire from women and the lives of their unborn children, and will do whatever they need to in order to protect it.

Marissa Mayer
Senior Copywriter & Editor
Marissa Mayer is an Arizona native who fell in love with the written word at a young age.
View Profile