Editor’s note: The following piece is an adaptation of a public letter, regarding California Senate Bill 107, that was submitted to the California Assembly Committee on Appropriations by Alliance Defending Freedom Senior Counsel Matt Sharp on Aug. 2, 2022.

SB 107 violates parental rights protected by the U.S. Constitution by giving California courts the ability to strip parents who reside in another state of their parental rights if their child travels to California to obtain gender transition procedures—including harmful puberty blockers, cross-sex hormones, and irreversible surgeries. It also denies parents the right to have access to their child’s medical information.

SB 107 would override the jurisdiction of courts in a family’s home state that are usually the proper forum for custody determinations. SB 107 could also conflict with various federal laws, including those governing which state courts have jurisdiction to determine child custody and federal laws governing extradition requirements between the states.

Along with violating the Constitution and federal law, this bill would lead to significant harm to families throughout the country. For example:

In sum, SB 107 would undermine parental rights, pit children against their parents, and could even encourage abduction of children to California under the false pretense of seeking gender transition procedures. Legislators will likely expose the State to costly and time-consuming litigation if they choose to enact SB 107.

II. SB 107 allows “taking of a child” to California to give a court jurisdiction to take away a parent’s custody.

SB 107 violates fundamental parental rights protected by the U.S. Constitution by empowering California courts to strip parents of custody if a person takes the parents’ child to California and arranges for the child to receive gender transition procedures. California law generally prohibits “unjustifiable conduct” to get jurisdiction in a California court for custody determinations. But Section 7 of SB 107 creates a broad carve-out, explicitly stating that “taking of a child” away from the child’s parents is not unjustifiable conduct if done to pursue gender transition procedures in California.

This gives a relative who secretly takes a child to California and arranges for gender identity procedures on the child a pathway to also strip the parents of their rights and obtain sole custody of the child. It also means that an unfit parent who would otherwise lose custody over a child in a custody dispute could take the child to California, seek gender transition procedures for the child, and use a California court to win custody.

In other words, this law incentivizes bad parents and ill-meaning relatives to flee with a child to California and push gender transition procedures on the child as a means of obtaining custody.

SB 107 violates parents’ right to have access to their children’s medical information. Section 1 forbids healthcare providers from providing medical information related to gender identity procedures to a child’s parent, even if that information is sought under a subpoena. This concealment of information and violation of parental rights also occurs in Sections 2, 3, and 10 of the bill.

Section 5 of the bill violates parental rights by giving a minor a way to cut off their parent’s custody by running away to California to obtain puberty blockers, cross-sex hormones, or even gender transition surgeries. The section gives California “emergency jurisdiction” over a child who appears in California and was “unable to obtain gender affirming care” in the child’s home state. This means that any child can go to California, seek gender transition procedures, and have a court exercise emergency jurisdiction, regardless of the jurisdiction of the courts in the child’s home state or the exercise of the parents’ constitutional right.

For example, a teenage daughter experiencing Rapid-Onset Gender Dysphoria could run away to California and remove her parents’ custody over her by seeking cross-sex hormones in California. This not only undermines the parental rights of parents to raise their children—without a foreign state removing their parental custody—but it also provides a perverse incentive for confused children to flee to California to haphazardly procure these dangerous, often irreversible procedures that can lead to permanent sterilization and other life-long harms.

But SB 107 would amend California state law and directly conflict with federal law by taking away other states’ rightful jurisdiction for any child visiting California who seeks—or claims to be seeking—puberty blockers, cross-sex hormones, etc. In particular, SB 107 would add a new paragraph to CA Family Code Sec. 3421 stating that “[t]he presence of a child in this state for the purpose of obtaining gender-affirming health care or gender-affirming mental health care . . . is sufficient to meet the requirements” for California courts to exercise jurisdiction over a custody decision. This new paragraph ignores the proper and rightful jurisdiction of the child’s home state.

Section 6 of SB 107 would further compound this problem by stating that, even if California is an “inconvenient forum” compared to another state based on factors like how long the child has lived outside the state, where evidence for the case is located, and where the parties to the case are located, California courts must disregard these important considerations and claim sole jurisdiction if the child’s case involves gender identity issues.

SB 107 would hide medical information from parents, facilitate taking away custody of children from their own parents, and deny courts of the family’s home state the ability to exercise jurisdiction over the case.

SB 107 is likely unconstitutional for violating fundamental parental rights guaranteed by the U.S. Constitution. It also likely violates various federal laws, including those related to comity between the states and determinations of custody of children. The bill would likely fail if challenged in court and would unnecessarily waste taxpayer money. 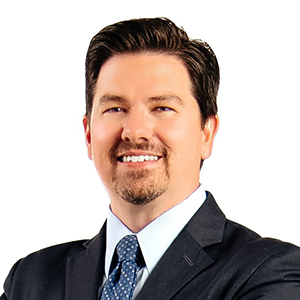