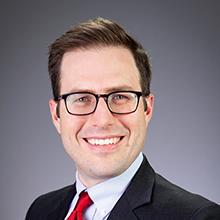 Vincent Wagner serves as senior counsel with the Center for Parental Rights at Alliance Defending Freedom where he safeguards parents’ rights to direct the upbringing, education, and care of their children.

Before joining ADF in 2022, Wagner served the state of Arkansas as deputy solicitor general. There he represented Arkansas at all levels of the state and federal judiciary, including leading thirty states in an unclaimed-property dispute before the U.S. Supreme Court, and defending Arkansas’s pro-life laws before the U.S. Court of Appeals for the Eighth Circuit. Prior to his government service, Wagner was an associate with Baker Botts L.L.P.

Wagner is admitted to the state bars of Texas and Arkansas, the U.S. Supreme Court, and various lower federal courts.